The CLP-645 is the mid-range Clavinova CLP, offering powerful sound and a superb Natural Wood (NWX) keyboard action. It features the sounds of the flagship Yamaha CFX concert grand and the Bösendorfer Imperial that sound pristine. Bluetooth audio lets you stream music from your portable smart devices, wirelessly! Traditional on the outside but modern inside, this instrument is a great piano for musicians of all skill levels.

In a grand piano, sound resonates throughout the body of the instrument, producing a rich reverberation that envelops the listener in sound. The Clavinova produces this through enhanced Virtual Resonance Modeling (VRM). The enhanced VRM now also calculates aliquot resonance in the upper octaves, and the full resonance of the soundboard, rim, and frame. This technology allows for vivid, bright, richly-varied expression that reflects the limitless number of factors inherent in piano performance.

Natural Wood X (NWX) keyboards are created using Yamaha’s unrivalled expertise of wood acquired through more than a century of crafting fine pianos. Just as with grand pianos, the material used for NWX keyboards is cut from wood that has been carefully dried specifically for use in making musical instruments.

Utilizing the same hammering system and spring-less mechanism as a grand piano, NWX keyboard action reproduces the touch of an acoustic piano from the heavy feel in the lower register to the lighter touch in the upper octaves. The three-sensor configuration accurately senses and interprets the behavior of the keyboard for a response and feels very similar to that of a grand piano.

NWX keyboards also feature an escapement mechanism that allows the player to re-strike a note without the key returning to the full upright position, just like the keyboard of a grand piano.

Synthetic Ivory keytops reproduce the tactile surface of the Ivory keyboards once used in acoustic pianos. It features highly absorbent material that prevents fingers from slipping even after hours of performing, while retaining the ideal texture and feel.

Yamaha’s advanced binaural sampling technology is now available on the Clavinova for the first time. This technology uses samples from the CFX, Yamaha’s acclaimed concert grand piano, recorded with specialized microphones that capture locational information and other nuances discerned by the human ear. The resulting sound is so natural, so enveloping, that you’ll soon forget you’re even wearing headphones at all.

You can play music through the audio system on the Clavinova by using a Bluetooth-enabled smart device. You can stream audio data such as mp3 files. You can enjoy playing along with any songs on your smart device, and you can even share your Clavinova performances.

Specifications
Reviews (0)
There are no reviews yet.
Write a review
Media 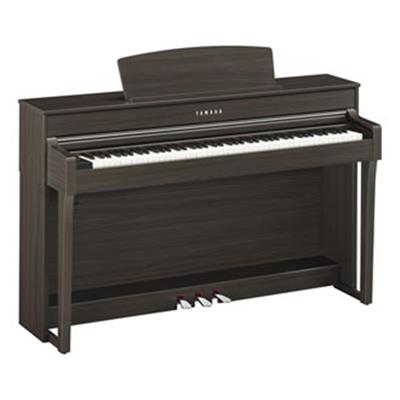 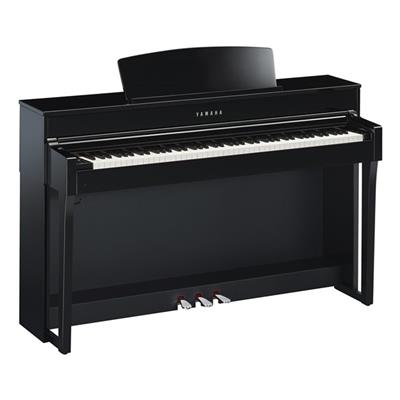 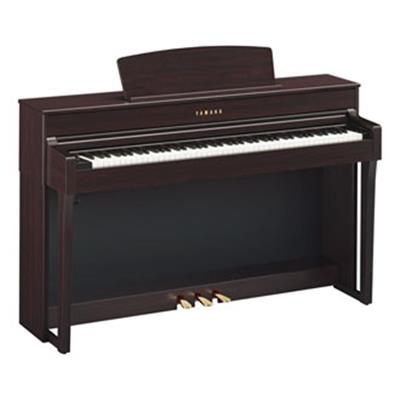 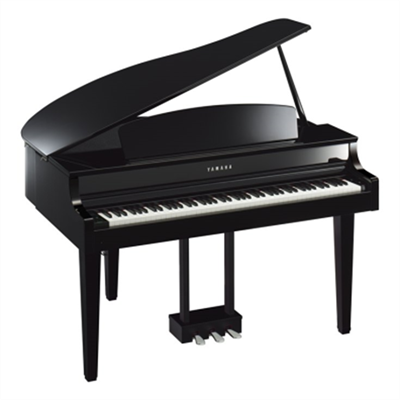