Watch your students light up with the introduction of percussion wood block instruments to the classroom. Available in a range of styles at affordable prices, West Music's temple blocks, woodblocks and guiros hail from greats like Basic Beat, Latin Percussion, Remo, and Sonor. Their ease of use makes them ideal introductions to concepts like keeping rhythm, and enables undemanding participation by those in musical therapy sessions. Additionally, these wood percussion instruments produce genuinely pleasant sounds that are distinct without being overpowering or disruptive.Browse through West Music's temple blocks, log drums, guiros and our complete collection of wood block instruments today! 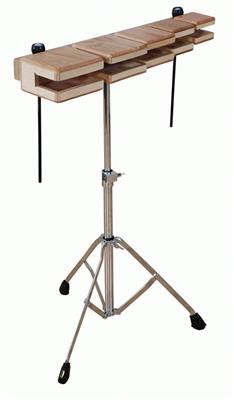 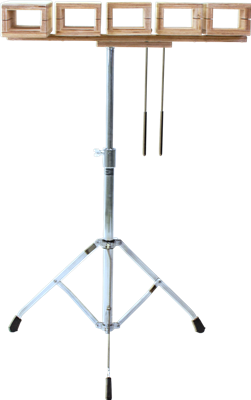 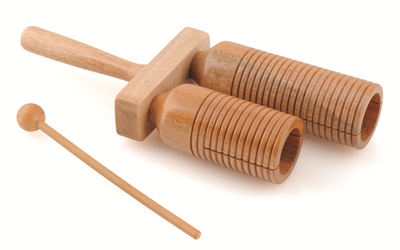 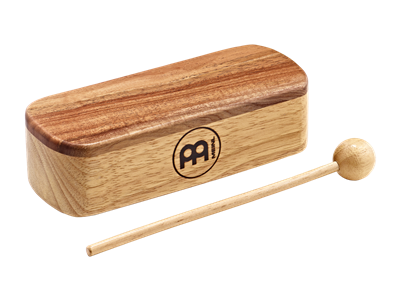 Wood blocks are among the oldest rhythm instruments still in use today. Whether for teaching children the basics of keeping the beat or for adding creativity to Afro-Cuban or Latin music, the wood block remains a popular percussion instrument. Available in a variety of forms including the traditional wood block, the temple block, and the guiro, blocks fit into any music scene.

Classic wood percussion blocks, also known as slit drums or log drums, are usually rectangular or cylindrical in shape with a large slit formed in a single piece of wood. Temple blocks, which trace their roots to China, Japan, and Korea, also have a large slit or sometimes an open end. They usually come in sets with blocks of varying sizes that produce different tones. Temple blocks have a more hollow timbre than wood blocks. Both the wood block and temple block partner perfectly with mallets.

The guiro is the most unique of the blocks not only in appearance, but also in sound. Typically found in Latin American music, the guiro is a hollow gourd or cylinder with ridges. These ridges rub with a stick to make a ratchet-like sound. Both guiros and wood blocks are wonderful percussion instruments for early music education because they are easy to play, even for small hands.