By Simpatico, David Gerrard, Matthew
Item No. 833734
0 reviews Write a review
Bring the magic of Broadway to your classroom and school theater with these student adaptations of classic Broadway musicals. Each of these treasured tales is teacher-tested, kid-friendly, and custom tailored for success.    The ShowKit includes all the resources you need for a successful production
Read full description Print preview

Overview/Synopsis:
Disney Channel's smash hit musical comes to life on your stage! Join the Jocks, the Brainiacs, Thespians and Skater Dudes as they find their cliques, recount their vacations and look forward to their new school year. Through twists and turns and teenage intrigue, the whole school comes together as winners on stage and on the court as the Wildcats win the championship game and Troy and Gabriella emerge as true High School Musical sensations!

In the big Audition scene, JAMES is the auditionee who sings so badly off key it would scare anyone! Cast a person who can confidently sound bad... this can be a challenge for a good musician. SUSAN is the "pop star wanna be" audition candidate. Cast someone who is not afraid to go over-the-top with this short yet humorous part. CATHY is the auditionee who can belt like Ethel Merman! Cast a student that can fill the auditorium with her voice. It doesn't need to be pretty! CYNDRA is the final auditionee and she sounds like an opera audition for the Met. If you have a young singer that can imitate an obnoxious vibrato in a serious manner, there's your perfect choice!

Songs Include:
Wildcat Cheer
Start of Something New
Get'cha Head in the Game
What I've Been Looking For
Stick to the Status Quo
Counting on You
We're All in This Together
Bop to the Top
Breaking Free 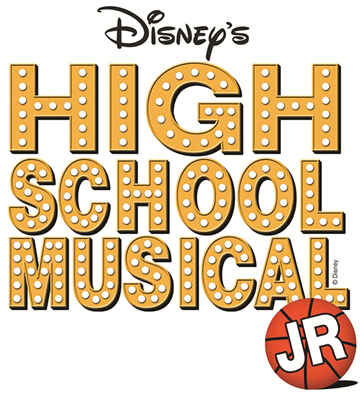