By Ahrens, Lynn Flaherty, Stephen
Item No. 862801
0 reviews Write a review
Bring the magic of Broadway to your classroom and school theater with these student adaptations of classic Broadway musicals. Each of these treasured tales is teacher-tested, kid-friendly, and custom tailored for success.   The ShowKit includes all the resources you need for a successful production
Read full description Print preview

Overview/Synopsis:Transporting audiences from the Jungle of Nool to the Circus McGurkus, the Cat in the Hat, our narrator, tells the story of Horton, an elephant who discovers a speck of dust containing tiny people called the Whos, including Jojo, a Who child, who gets in trouble for thinking too many "thinks." Horton's challenge is twofold – not only must he protect the Whos from a world of naysayers and dangers, but he must also guard an abandoned egg that's been left in his care by the irresponsible Mayzie La Bird. Although Horton faces ridicule, danger, kidnapping and a trial, the intrepid Gertrude McFuzz never loses faith in him. Ultimately, the powers of friendship, loyalty, family and community are challenged and emerge triumphant!

Cast of Characters:
Jojo
Jojo is the audience's link to the story. The audience follows the narrative through his eyes (he's also referred to as Child), so it's most important to cast a young man with an earnest and open disposition. He should be a great singer and actor.

The Cats
The Cats (Cat 1, Cat 2, Cat 3) are mischievous, spirited creatures who take JoJo and the audience on quite an adventure. Cast three actors, male or female, with great singing chops and who can move well. Since the Cats take on different roles throughout the play, these actors should be bold, versatile and able to switch roles at the drop of a dime.

Horton
Horton is a loveable elephant with a heart of gold. Cast a young performer who can sing well and convey great loyalty and conviction to the Whos.

Mr. Mayor
Mr. Mayor is the mayor of Whoville and the perfect picture of patriarchy. He tries to keep the town happy and secure, which is quite a job since the tiny Whos are always in danger of being swept away and lost. Cast a young man who can portray an older age and a sense of authority. Mr. Mayor has a few featured lines sung with Mrs. Mayor, so it's great if the two actors' voices work well together

Mrs. Mayor
Mrs. Mayor is the mayor's wife and is most concerned with trying to make sure her son, JoJo, stays in line. Cast a fine singer and actor complementary of Mr. Mayor and JoJo, whose voice blends well with Mr. Mayor.

Gertrude McFuzz
Gertrude McFuzz is a bird with tail envy! Cast a great performer who can sing, act and is a perfect match for Horton.

Mayzie LaBird
Mayzie LaBird is a sneaky bird who tricks Horton into helping her take care of her egg. Cast a young woman who can express a fun, jovial and careless spirit.

Sour Kangaroo
Sour Kangaroo is as sour as a kangaroo can be. Cast a young woman who can sing and act well and can serve up a good deal of attitude. The two kangaroos should function well as a pair.

Young Kangaroo
Feel free to cast a younger performer in the role of Young Kangaroo, who could be played by a boy or girl. The two kangaroos should function well as a pair.

Wickersham Brothers
Wickersham Brothers (Wickersham 1, Wickersham 2, Wickersham 3) are a trio of trouble-making monkeys! Cast three boys or girls who can make strong physical choices, complement one another well and bring a strong, diverse energy to their mischief. Wickersham 3 has mostly solos that aren't sung, so make sure that actor has great diction and a strong sense of rhythm.

Judge Yertle
Judge Yertle the turtle presides over Horton's court proceedings. This is a fun role for a performer who can make strong acting choices.

Vlad Vladikoff
Vlad Vladikoff is an eagle who drops Whoville into a field of clovers! Cast a young performer who has a great sense of comedy and can make strong acting choices in this fun cameo role.

Ensemble
The Whos, Jungle Citizens (1-5), Fish, the Wickershams, the Talk Show Hostand Marshal are all essential roles for creating the vivid and imaginative world of Seuss. Each creature or person should embody the characters with bold choices and a strong connection to the rest of the players. 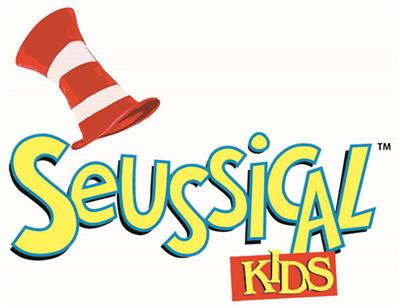 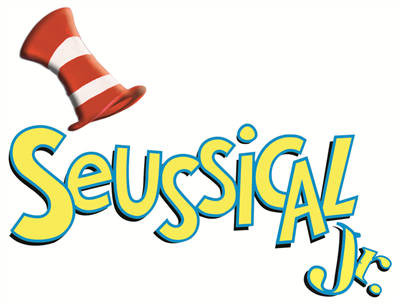