By Composers' Specials
Item No. 850879
UPC Code 699359306927
Read 2 reviews Write a review
This set includes all six of the Composers Specials DVDs. Bizet's Dream: A 12-year-old Parisian girl grudgingly takes piano lessons from composer Georges Bizet. Although he is anguishing over his life and his work, his story of the gypsy Carmen as told through his new opera captivates Michelle.
Read full description Print preview

This set includes all six of the Composers Specials DVDs.

Bizet's Dream: A 12-year-old Parisian girl grudgingly takes piano lessons from composer Georges Bizet. Although he is anguishing over his life and his work, his story of the gypsy Carmen as told through his new opera captivates Michelle. Set in 1875, Bizet's Dream tells the compelling and bittersweet story of a special friendship.

Bach's Fight for Freedom: An independent young boy is worried about working as the assistant to composer Johann Sebastian Bach. Tensions are relieved when the temperamental composer finds a kindred soul in the young Frederick. Set in 1717, Bach's Fight for Freedom passionately argues that the only master you can serve faithfully is your own heart.

Strauss: The King of Three-Quarter Time: Johann Strauss Jr. is the darling of waltzing Vienna, but he is haunted by constant pressure to outdo himself with each new composition. When Strauss meets Nicholas, a humble young stableboy, they realize they have much in common. The composer and the boy share the healing bond of trust and embark on a collaboration that will be music to the world's ears.

Liszt's Rhapsody: The dashing Franz Liszt appears to have it all - talent, success, wealth and adoring fans. Yet when the great pianist takes on a young street musician as a violin student, he finds his own work transformed by the experience. A simple wager turns into a mighty struggle of wills: a conflict of freedom vs. discipline, heart vs. brain, and passion vs. technique.

Handel's Last Chance: A Dublin street kid is selected as a choirboy for Handel's first performance of The Messiah. In the process, Jamie becomes friends with the renowned composer, who is suffering from a temporary lack of self-esteem. When Jamie is falsely accused of wrongdoing, Handel comes to his aid. The Messiah's premiere brings Handel glory and restores him to his rightful place in the music world.

Rossini's Ghost: Nine-year-old Reliana witnesses Rossini's efforts to salvage his seemingly cursed new opera. Set in 1816, the year The Barber of Seville had its disastrous premiere, Rossini's Ghost is the story of three women who learn that friendship, like opera, requires nurturing, patience, and time.

Specifications
Reviews (2)
Write a review
Media
Store Pickup
Stock availability is updated daily and is subject to change during the day. Please contact the store to confirm availability and have us set aside inventory for you. 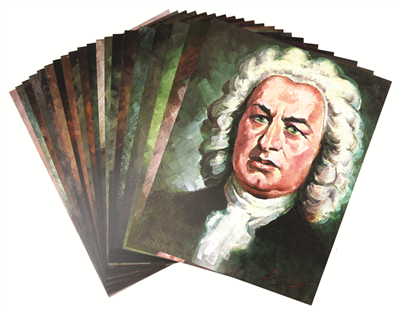 Portraits of the Composers Set 1 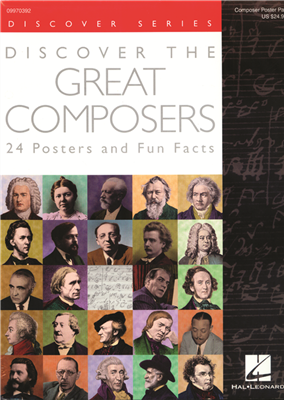 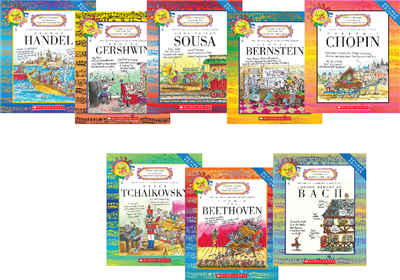 Getting to Know the World's Greatest Composers Complete Set, With Revised Editions