Celebrate Music! Get Free Shipping over $49 with promo code FREESHIPCSM
Back to overview

By Fain, Sammy Hillard, Bob Wallace, Oliver Coban, Cy Wrubel, Allie Gilbert, Ray David, Mack Hoffman, Al Livingston, Jerry
Item No. 828378
0 reviews Write a review
Bring the magic of Broadway to your classroom and school theater with these student adaptations of classic Broadway musicals. Each of these treasured tales is teacher-tested, kid-friendly, and custom tailored for success.    The ShowKit includes all the resources you need for a successful production
Read full description Print preview

Overview/Synopsis:
On a perfect summer day in the park, Alice sees a White Rabbit hurrying by. Curious to where he is going, Alice follows him into the dark tunnel, thus beginning her adventure. After the Doorknob counsels Alice to drink from a bottle then eat a cookie, Alice shrinks, thus allowing her to fit through a keyhole, beginning her adventures with the Wonderland creatures. The White Rabbit leads Alice into twin jabbering clowns, Tweedle Dee and Tweedle Dum, who teach her some manners. Then, she plays a wild game of musical chairs at the Mad Hatter's tea party. Following the advice of the Cheshire Cat, she ends up at the Mad Hatter's tea part along with the evil Queen of Hearts. Waking up, Alice realizes the entire story has been a dream!

Cast of Characters:
Alice, Small Alice and Tall Alice are differently sized versions of the same character. She is a spunky girl who enjoys adventures and is on a journey of self-discovery. She should be charming to the audience and be able to command the stage by herself. Alice has the largest part in the show so you should cast your strongest singer and actor. Small Alice must also be a good singer and actor while being comfortable as a big part of two dance numbers. And while Tall Alice doesn't have any solos, she needs to be a good actor with solid comic timing. When casting the 3 Alices, keep their height in mind, as that is part of the fun of the show. The more "average" sized your Alice is - the easier it will be find someone smaller and taller. Also it is possible to put Tall Alice on painter's stilts or have your actor sit on someone's shoulder to add height.

The Cheshire Cat is played by three separate actors who play the head, the body, and the tail of the cat. The Cheshire Cat serves as the Narrator for the story and the actors who are cast need to be able to speak clearly and be good storytellers. Strong singing skills are not a must, but comic timing is, as these three comprise a very funny character. Also make sure to cast a trio who will work well as a team.

The White Rabbit is an energetic, worrisome character that hardly ever stops moving. Even though the White Rabbit has a solo - the singing should come secondary to finding the person who can continuously exude a lot of energy and rapid-fire change of focus.

Tweedle Dum and Tweedle Dee are a pair of goofballs similar to old comedy teams like Abbott & Costello or Laurel & Hardy. They should be good singers and actors who work well as a team. If possible, cast actors who look either exactly alike or completely different for added comic effect.

Mathilda is Alice's older sister and a non-singing role. She should be a strong actor who can speak loudly and clearly.

The Flowers (Rose, Petunia, Lily, Violet, Daisy) are the snooty, mean girls who think they are the most important people in the whole world. They need to be good performers and singers who can handle harmonies. There are only five named flowers in the show but it is possible to add as many more as you like.

Caterpillar, part sensei, part diva, the Caterpillar is comprised of five actors who play the head, body and all those hands, which move in synchronized gestures to help emphasize a point. The Caterpillar is one cool character who needs to be able to sing, dance, and act well. He provides the heart for the story and really convinces Alice to be herself.

The Mad Hatter is the life of the tea party and should be performed by someone who enjoys acting larger than life. The actor needs to be comfortable being silly and has to sing one song, although it is an easy song to "speak-sing" if necessary.

The Queen of Hearts is the big mean bully of the story. You need a great actor for this role who has a full resonant voice and is able to follow music well. The Queen of Hearts must have a commanding presence and should be a little scary, but funny at the same time. It would be fun to cast a large boy playing a female in this role to add another dimension to the crazy wonderland world.

The King of Hearts is the often forgotten ruler of Wonderland. You need to have a good actor for this role who can handle some very high-level vocabulary. Casting a small boy in this role will highlight the fact that he is in the shadow of the Queen.

The Doorknob is a wonderful additional role for a chorus member who is very funny. The character is based somewhat on Jimmy Durante and your actor can have fun playing with that idea.

The Dodo Bird is the Captain of the Queen's Navy and needs to be a good actor and singer. He is in command of the lobsters and other animals and is another of Wonderland's vibrant characters.

The Chorus (Kids Playing in the Park, Rock Lobsters, Talking Fish, Royal Cardsmen, Unbirthday Partiers, etc.) should be comprised of good actors and singers who are featured in all of the production numbers. There are many opportunities for featured moments for many of your ensemble members. 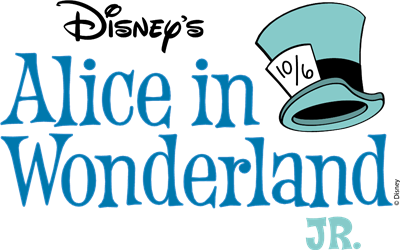