By Drewe, Anthony Stiles, George
Item No. 866665
0 reviews Write a review
Bring the magic of Broadway to your classroom and school theater with these student adaptations of classic Broadway musicals. Each of these treasured tales is teacher-tested, kid-friendly, and custom tailored for success.   The ShowKit includes all the resources you need for a successful production
Read full description Print preview

The jack-of-all trades, Bert, introduces us to England in 1910 and the troubled Banks family. Young Jane and Michael have sent many a nanny packing before Mary Poppins arrives on their doorstep. Using a combination of magic and common sense, she must teach the family members how to value each other again. Mary Poppins takes the children on many magical and memorable adventures, but Jane and Michael aren't the only ones upon whom she has a profound effect. Even grown-ups can learn a lesson or two from the nanny who advises that "Anything can happen if you let it."

Disney and Cameron Mackintosh's Mary Poppins JR. is an enchanting mixture of irresistible story, unforgettable songs and breathtaking dance numbers. This show is a perfect opportunity to showcase a strong, iconic female performer, as well as unique special effects and illusions.

Cast of Characters:
Bert
The narrator of the story, is a good friend to Mary Poppins. An everyman, Bert is a chimney sweep and a sidewalk artist, among many other occupations. With a twinkle in his eye and a skip in his step, Bert watches over the children and the goings-on around Cherry Tree Lane. He is a song-and-dance man with oodles of charm who is wise beyond his years. Cast your strongest male singer, dancer, and actor in this role.

George Banks
Husband to Winifred and father to Jane and Michael, is a banker to the very fiber of his being. Demanding "precision and order" in his household, he is a pip-and-slippers man who doesn't have much to do with his children and believes that Miss Andrew, his cruel, strict childhood nanny, gave him the perfect upbringing. George's emotional armor, however off-putting, conceals a sensitive soul. A baritone, George may speak-sing as necessary and should be among your strongest male actors and singers.

Winifred Banks
George's wife and Jane and Michael's mother. She is a loving homemaker who is busy trying to live up to her husband's social aspirations while striving to be a model wife and mother. Cast an actor who can portray a great warmth and depth of feeling. Winifred should have a pure vocal tone and be one of your stronger actors and singers.

Jane Banks
The high-spirited daughter of Mr. and Mrs. Banks, bright and precocious but can be willful and inclined to snobbishness. Cast a wonderful actor and a strong singer who can take the audience on an emotional journey.

Michael Banks
The cheeky son of Mr. and Mrs. Banks. Excitable and naughty, he adores his father and longs desperately for his attention. Both he and Jane misbehave in order to get the attention of their parents. Michael should be a great actor and singer. Ideally, he reads onstage as younger than Jane.

Mrs. Brill
The housekeeper and cook for the Banks family. Overworked, she's always complaining that the house is understaffed. Her intimidating exterior is a cover for the warmth underneath. She does not have to be a strong singer, but she should be a solid actor.

Robertson Ay
The houseboy to the Banks family. Forgetful and clumsy, he often bungles simple tasks. He doesn't do a lot of singing, but he should be a good comedic actor. Note: his last name is pronounced like "eye."

Mary Poppins
Jane and Michael Banks's new nanny. She is extraordinary and strange, neat and tidy, delightfully vain yet very particular, and sometimes a little frightening, but she is always exciting. She is practically perfect in every way and always means what she says. The role calls for an excellent singer and actor who should be able to move well. Since she carries a majority of the show, precision and diction are key.

Ensemble Groups & Featured Roles
All ensembles require group singing; featured roles require either solo singing or solo acting, or both. For each featured role, the pages showcasing the character's lines or vocals are listed.

Katie Nanna
Katie Nanna is Jane and Michael's nanny at the beginning of the show. Overwhelmed and upset, she has absolutely had her fill of the Banks children. This role is perfect for a performer who is not quite ready for a larger role.

Park Strollers
The Park Strollers are citizens of London who go from drab and dreary to bright and colorful as they get swept up in Mary Poppins's adventures in the park.

Statues
The Statues are stone sculptures. Thanks to Mary Poppins, these works of art come alive and dance with Bert and the Park Strollers.

Neleus
Neleus is a statue who, once brought to life by Mary Poppins, is very happy to befriend Jane and Michael. This role is a wonderful opportunity to feature one of the strong dancers in your ensemble.

Bird Woman
The Bird Woman is covered in a patchwork of old shawls, her pockets stuffed with bags of crumbs for the birds. She tries to sell the crumbs to Passersby, who ignore her as if she doesn't exist. While she should be a good singer, there can be a gruff, folksy quality to her voice that reflects the difficulties of her situation.

Honeybees
The Honeybees are conjured by Mary Poppins to help teach the children the benefits of "A Spoonful of Sugar." These roles require good movers who can sing.

Clerks
The Clerks, like George, are employees at the bank. These roles require actors who can sing.

Miss Smythe
Miss Smythe is the bank Chairman's humorless secretary. This smaller role is great for a performer who is new to the stage.

Chairman
Chairman, the head of the bank where Mr. Banks is employed, is an Edwardian stuffed shirt. He does not need to be a strong singer, but he should be a good actor with great stage presence.

Von Hussler
Von Hussler is a businessman seeking a loan from the bank for a shady business deal. This is a great character role for a fantastic actor who can command the stage with pomposity.

John Northbrook
John Northbrook is an honest businessman seeking a loan to build a factory for his community. This is a great role for a good actor and solid singer who may not be ready to tackle a large part.

Mrs. Corry
Mrs. Corry owns a magical Talking Shop. She is a mysterious woman of indeterminate age, but has plenty of spirit and is sharp as a tack. Cast an excellent actor who's not afraid to be over the top in this fun role.

Miss Andrew
Miss Andrew is George's overbearing and scary childhood nanny. With her bottle of nasty- tasting brimstone and treacle to keep naughty children in line, she is a bully who only knows one way of doing things: her way. Cast one of your stronger singers in this featured role.

Kite Flyers
Kite Flyers consist of families flying kites in the park. They can also be comprised of the same ensemble members as the Park Strollers, the Passersby, and Mrs. Corry's Customers.

Chimney Sweeps
Chimney Sweeps (including Sweep 1, Sweep 2, Sweep 3, and Sweep 4) are Bert's cheerful, friendly, and agile friends who keep London's chimneys in working order. These actors should be great dancers and good singers, capable of bringing the show-stopping number "Step In Time" to life.

Policeman and the Messenger
The Policeman, a neighborhood patrol officer, and the Messenger, who delivers a summons to George from the bank, are great roles for students new to the stage that might not be ready for a large role. 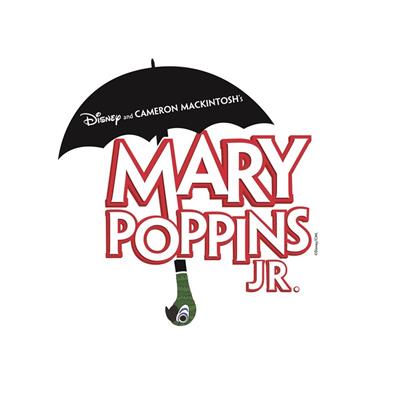