Item No. 871832
0 reviews Write a review
Bring the magic of Broadway to your classroom and school theater with these student adaptations of classic Broadway musicals. Each of these treasured tales is teacher-tested, kid-friendly, and custom tailored for success.   The ShowKit includes all the resources you need for a successful production
Read full description Print preview

Overview/Synopsis:
This thrilling and heartwarming coming-of-age story follows the strong-willed Moana as she sets sail across the Pacific to save her village and discover the truth about her heritage. Moana and the legendary demigod Maui embark on an epic journey of self-discovery and camaraderie as both learn to harness the power that lies within. With empowering messages of bravery and selflessness, Moana JR. is sure to bring out the hero within each of us. Celebrating the rich history of Oceania and based on the beliefs and cultures of the people of the Pacific Islands, Moana was developed in collaboration with an Oceanic Trust – a group of anthropologists, cultural practitioners, historians, linguists, and choreographers from the Pacific Islands. The same respect and attention to detail used to develop the film was carried forward in the creation of this stage adaptation, with a host of cultural resources available in the ShowKit® materials.

MOANA
The vibrant, tenacious, and optimistic daughter of Motunui's chief. She struggles to reconcile her father's plans for her to take over as the village chief with her own desires to voyage beyond the reef. Ultimately, Moana proves a compassionate and capable leader. Cast an actor who can portray great maturity, possesses incredible energy, a fun sense of humor, and can confidently deliver songs like "How Far I'll Go."

MAUI
A demigod and master wayfinder with charisma to spare and a reputation of being a trickster. Despite his hard exterior, Maui becomes a wonderful friend and mentor to Moana throughout their journey. Cast an actor with great comic timing who can portray this shapeshifter's larger-than-life personality through big gestures and high energy, making moments like "You're Welcome" true showstoppers.

CHIEF ANCESTORS (1-3)
Chief Ancestors (1-3) are the three ancient leaders of Motunui. They guide Moana on her quest and narrate her story through speaking and singing solos. These ancestors should be animated storytellers who have excellent diction.

GRAMMA TALA
Moana's wise grandmother and the mother of Chief Tui. She is the village storyteller known for being eccentric and dancing to the beat of her own drum. Look for a playful actor and singer who can balance comic timing in "Where You Are (Part 2)" with heartfelt sincerity in "Song of the Ancestors."

CHIEF TUI
The proud leader of Motunui and Moana's father. He prioritizes the safety of his people and his family. For this beloved and respected ruler, cast a mature and poised actor who can sing very well. After Chief Tui's scenes at the top of the show, the actor can join the Maui, Monster, and/or Shiny ensembles before returning to this primary role at the show's end.

SINA
Moana's supportive mother. She is compassionate, perceptive, and strong-willed, and trusts her daughter to make the right decisions. With both speaking and singing solos, look for a confident singer and actor who can embody a mature and respected leader. After Sina's scenes at the top of the show, the actor can join the Maui, Monster, and/or Shiny ensembles before returning to this primary role at the show's end.

PUA
Moana's fiercely loyal friend. Pua always supports Moana – even if it means facing her own fears. An actor who is also a confident singer can make Pua's moments in "Where You Are (Part 2),""How Far I'll Go," and "We Know the Way (Finale)" stand out.

HEI HEI
Moana's not-so-bright friend. Hei Hei is well- meaning, but naive. Cast an actor who can portray Hei Hei's innocence and own both speaking and singing solos in "Where You Are (Part 2),""How Far I'll Go," and "We Know the Way (Finale)."

TAMATOA
The vicious and egotistical giant crab who lives in Lalotai, the Realm of Monsters. Tamatoa enjoys gathering shiny baubles to add to an ever-growing collection. For this self-centered crab with a keen sense of showmanship, cast an actor who isn't afraid to own the stage and really shine.

Reviews (0)
There are no reviews yet.
Write a review
Store Pickup
Stock availability is updated daily and is subject to change during the day. Please contact the store to confirm availability and have us set aside inventory for you. 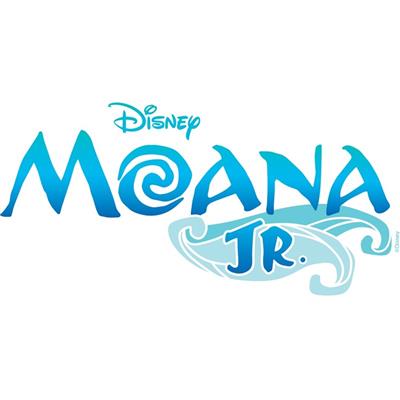