Fiddler on the Roof Jr ShowKit

By Stein, Joseph Bock, Jerry
Item No. 823712
0 reviews Write a review
Bring the magic of Broadway to your classroom and school theater with these student adaptations of classic Broadway musicals. Each of these treasured tales is teacher-tested, kid-friendly, and custom tailored for success.    The ShowKit includes all the resources you need for a successful production
Read full description Print preview

Overview/Synopsis:
Set in the little village of Anatevka, this epic piece of theatre tells the story of Tevye, a poor dairyman, as he tries to instill in his five daughters the traditions of their small tight-knit Jewish community in the face of changing social mores and anti-Semitism of Czarist Russia.

Cast of Characters:
TEVYE is the heart and conscience of Fiddler on the Roof. He does not necessarily need to have a great singing voice, but must have a strong, easily projected voice that can fill your performance space.
GOLDE is the backbone of the family. She, like Tevye, need not be the greatest singer in the world, but should have a commanding voice.
TZEITEL is the oldest daughter of Tevye and Golde, and sets the plot of Fiddler into action by pleading withher father to let her marry Motel the Tailor.
HODEL is a strong, independent middle child of the 3 older daughters. Hodel's melancholy lament, "Far From the Home I Love," demands a good singer/actor.
CHAVA is an introspective, rather shy young woman who seems to favor books over other pursuits. Her love for the young Russian, Fyedka, tests her father's love to the very limit and provides the largest conflict in the story.
PERCHIK should be able to hold his own with Tevye. Being a strong character, he clashes with Tevye idealistically, but is likable, charming and ultimately, a member of the family.
LAZAR WOLF is a butcher. Lazar has featured singing in "To Life," and must be ableto sell the song.
FEATURED ENSEMBLE - These roles are featured comedic parts that do not rely on great singers.
THE FIDDLER must be a young person who can hold the attention of an entire audience with movement, facial expression, and dance.
MOTEL is the young tailor who marries Tzeitel. A young Woody Allen type works well.
YENTE is your matchmaker. Try to cast a young woman who can capture the quintessential feel of the Jewish matchmaker, without making her a stereotype.
THE CONSTABLE is the local sheriff. Cast an actor who can provide a sense of threat, foreboding and conflict.
FYEDKA is a young Russian soldier who falls in love with Chava. He should be a strong actor, but needn't be a singer.

Songs Include:
Tradition
Matchmakers
If I Were a Rich Man
Sabbath Prayer
To Life
Sunrise, Sunset
Do You Love Me?
Far from the Home I Love
Chava Sequence
Anatevka 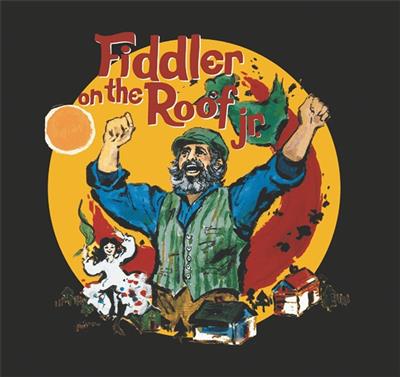