Getting to Know...The Sound of Music

This item has international shipping restrictions. Would you like to continue adding this item to your basket?
Description
Getting to Know...The Sound of Music
Production Pack
Available to accredited schools and homeschool organizations for students in grades K-9.
Each production pack contains:


The final collaboration between Rodgers & Hammerstein - The Sound of Music - was destined to become the world's most beloved musical. When a postulant proves too high-spirited for the religious life, she is dispatched to serve as governess for the seven children of a widowed naval Captain. Her growing rapport with the youngsters, coupled with her generosity of spirit, gradually captures the heart of the stern Captain, and they marry. Upon returning from their honeymoon they discover that Austria has been invaded by the Nazis, who demand the Captain's immediate service in their navy. The family's narrow escape over the mountains to Switzerland on the eve of World War II provides one of the most thrilling and inspirational finales ever presented in the theatre. The motion picture version remains the most popular movie musical of all time.
Created by Rodgers & Hammerstein with iTheatrics, Getting to Know... The Sound of Music has been edited to better suit younger performers, but all the elements that make this show a classic are still in place. You and your students will be enchanted by the timeless story and the dazzling score, while at the same time learning about theater and its production.

CHARACTERS(in order of appearance)
Maria Rainer: A young, orphaned Nonnberg Abbey postulant whose impetuous behavior calls her fitness for the veil into question, Maria is dispatched by the Mother Abbess on a probationary tour of duty as governess to the seven children of the widowed Captain Georg von Trapp.  Initially cowed by the Captain's autocratic manner, she holds her own with him, wins over his children, restores music to his house, and discovers, to her distress, that he has fallen in love with her and she with him.  Retreating to the Abbey, she is sent back to the von Trapp villa by the Mother Abbess, in order to find "how God wants you to spend your love."  That turns out to be as a wife to the captain, a second mother to his offspring, and a pathfinder who helps lead them out of the peril looming over them.
Sister Berthe - Mistress of NovicesSister Margaretta - Mistress of PostulantsSister SophiaNunsThe Mother Abbess:  Spiritual head of Nonnberg Abbey, mentor to Maria.  Her credo: "You have to find the life you were born to live."  She shepherds Maria from a mistaken vocation as a nun to a true one as a wife and mother, finally helping her to escape, with her new family, over the mountain where both she and Maria grew up.
Captain Georg von Trapp: A decorated naval hero of the First World War, adamantly opposed to the Nazis and their designs on his beloved Austria.  Traumatized by the loss of his wife, he has distanced himself from his home and the music which once animated it.  The arrival of the postulant Maria Rainer as a governess breaks open his shell, bringing him back to his children and music.  Marrying her, he gains a stalwart, resourceful partner in his daring decision to flee with his family from the dictates of the Third Reich, to freedom.
Franz - the butlerFrau Schmidt - the housekeeper
The Children of Captain von Trapp:Liesl von Trapp – 16 years oldFriedrich von Trapp - 14 years oldLouisa von Trapp - 13 years oldKurt von Trapp - 10 years oldBrigitta von Trapp - 9 years oldMarta von Trapp - 7 years oldGretl von Trapp - the youngest
Rolf Gruber - a 17-year-old telegram delivery boy
Elsa Schraeder: A chic, attractive Viennese widow, president of her late husband's corporation, now involved in a relationship with Captain von Trapp.  Her expectations of marrying the Captain founder on her willingness to accept the Nazis, a moral pliancy that is anathema to him.
Max Detweiler: A charming, well-connected impresario, he is a confidant of the Captain's lover, Elsa Schraeder, and apparently, like her, a moral chameleon.  His collaboration with the regime in Berlin threatens his friendship with the Captain, but in the end he risks everything to save the von Trapps.
"The Lonely Goatherd"Ensemble: Goat, Girl In The Pale Pink Goat, Folks In The Town, Mama
Party Scene:Herr Zeller – a Nazi supporterBaron Elberfeld – a party guest who is against the NazisParty Guests
A New PostulantAdmiral von Schreiber, an Admiral in the Nazi NavyGerman Officials
Contestants in the Festival Concert:The Trio of Saengerbund of HerwegenFräulein Schweiger
Specifications
Reviews (0)
There are no reviews yet.
Write a review 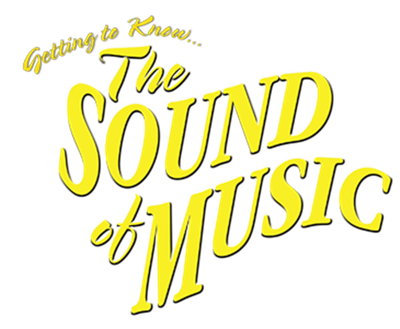 Getting to Know...The Sound of Music Audio Sampler