By Bricusse, Leslie Newley, Anthony
Item No. 829565
0 reviews Write a review
Bring the magic of musical theatre to your classroom and school theater with these student adaptations of classic Broadway musicals. Each of these treasured tales is teacher-tested, kid-friendly, and custom tailored for success. Vocal parts have been carefully adapted to be sung by unchanged or
Read full description Print preview

Bring the magic of musical theatre to your classroom and school theater with these student adaptations of classic Broadway musicals. Each of these treasured tales is teacher-tested, kid-friendly, and custom tailored for success.

Vocal parts have been carefully adapted to be sung by unchanged or changed voices, and the script and the score have been custom-tailored to make the show appropriate for young performers through the ninth grade.

The ShowKit includes all the resources you need for a successful production with easy suggestions for staging, costuming, and sets, making it a perfect opportunity for an all-school collaboration.

Upon placing your order, you will receive a Dramatic Performing Rights License from Hal Leonard Corporation which will allow your organization unlimited performing rights for one year. Showkits are only available to accredited academic elementary and middle schools with students in grades 9 and lower.

Roald Dahl's timeless story of the world-famous candy man and his quest to find an heir comes to life in this stage adaptation of Charlie and the Chocolate Factory, written by Leslie Bricusse and Anthony Newley. With a flexible cast size, a tour-de-force role for the title character, songs from the classic film, and some clever new additions, Willy Wonka Junior runs 60-70 minutes and will delight performers and audiences alike!

Willy Wonka is an enigmatic character; at once mysterious and mischievous but also charismatic. There are a number of directions to take with Wonka, ranging from Gene Wilder's version in the original film, Willy Wonka and The Chocolate Factory, to Johnny Depp's portrayal in the recent film, Charlie and The Chocolate Factory, and everything in between. Pick a young man (or a young woman) who is charismatic, engaging and has a great voice (in the case of a young man, preferably a changed voice). The actor should be able to be funny and serious and change between the two on a dime. It is preferred that Wonka double as the Candy Man, as it helps reinforce that Wonka has staged the Golden Ticket competition and is somewhat controlling this contest along the way.

The role of Charlie Bucket is the emotional heart and soul of the musical. The actor performing Charlie should have an unchanged voice and lots of pluck and enthusiasm. Think a male "Annie." Charlie is in nearly every scene, so make sure you select an actor who can handle the demands of a sizable role.

Grandpa Joe is the grandfather we all wish we had when we were Charlie's age. He is caring, patient, sweet and always reminds Charlie to remain cheerful. Cast an actor who can be kind and funny. The role sings a bit, but the singing is secondary.

Phineous Trout is the reporter who announces the winners of the Golden Ticket contest throughout the show. The role requires some singing, and can be doubled by Wonka or played by another actor. In addition, either a boy or a girl can play the role.

Augustus Gloop is the overachieving eater who represents the evils of eating too much. Be extremely sensitive in casting this role as it is tempting to cast an overweight young person and that can be scarring-especially if the child struggles with this issue. Consider casting a thin child and creating the illusion of size via the costume. Either a boy or a girl acting like a boy can play Augustus. Augustus sings "I Eat More!" along with his mother and Phineous Trout. The song is on the difficult side, but does not need to be sung with a polished pretty voice, in fact, the more character the better.

Mrs. Gloop is Augustus' mother who has overindulged her son with food. She accompanies Augustus on the tour of the factory, and sings "I Eat More!" which is one of the more difficult songs in the score for young people. The role requires a character actress who isn't afraid to take positive risks both in her acting and her singing.

For this adaptation Mike Teavee is not just a TV junky. He is also addicted to video games, the Internet and any other mindnumbing technological device. Mike is bratty, loud and obnoxious. He does not know the word "no." Mike and Ms. Teavee sing "I See It All On TV" so he should be a reasonable singer, but does not need to be phenomenal. Mike could also be portrayed by a girl playing a boy, but generally works best with a male actor.

Ms. Teavee is a take on all television moms of the distant past. Think June Cleaver (Leave it to Beaver) or Marion Cunningham (Happy Days) or even Carol Brady (The Brady Bunch). She's perfectly put together and a bit vacant. She sings "I See It All On TV" but does not require a polished voice.

Gum chewer extraordinaire, Violet Beauregarde hails from Snellville, Georgia, so it's nice if she has a Southern American accent, but not necessary. Violet should stand in stark contrast to Veruca Salt. Veruca is a wealthy, refined, brat; Violet is more of a blue-collar, middle-class brat. She sings "Chew It" along with Willy Wonka. The song is a tour-de-force for the right voice, so cast a young lady with strong voice.

Veruca Salt is the wealthy, class-conscious, spoiled brat. She is often portrayed with a high British accent that is by no means required (brats come in all nationalities). Veruca's solo number "I Want It Now" is deceptively tricky and comes late in the show, so select a young woman with a strong voice. Veruca should contrast sharply with Violet Beauregarde in terms of look and physical type.

Grandma Josephina, Grandma Georgina and Grandpa George Charlie's three grandparents are mainly non-singing character roles. Cast performers that are innately interesting, who have good comic timing and are solid actors. These actors can double as Oompa-Loompas in the second half of the show.

James is Charlie's friend from school. He has a few lines and sings the introduction of "The Candy Man" along with Matilda and Charlie.

Matilda is also a schoolmate of Charlie's, but she's a bit of bully. Matilda has a few lines and sings the introduction of "The Candy Man" along with James and Charlie.

The Candy Man Kids sing "The Candy Man" and their numbers may be expanded as you see fit and your program will allow. The names of the characters have been drawn from other Roald Dahl books. Feel free to assign additional names to match the number of performers you cast. (All students like to go home and exclaim "I'm playing Alfie in Willy Wonka JR." versus "I'm just Kid 2 in 'The Candy Man.'") You may also cast a single class (say the sixth grade chorus) to perform these roles, as they appear only in this number unless you choose to double them as Cooks and Oompa-Loompas.

Mrs. Beauregarde is a teacher of geography and has invested a great deal of hard-earned money on therapy for her orally fixated daughter, with less than stellar results. The role is virtually non-singing. Her accent should match Violet's.

Mr. Salt's solution to most problems is to buy his way out. He is upper class, and usually portrayed with a high British accent. (But this accent is not necessary-just make sure Veruca and Mr. Salt sound like they hail from the same place.) He sings very little. A female actress playing male may also play the role.

Chorus of Cooks is an optional chorus. The Cooks appear during "I Eat More!" presenting Augustus with a smorgasbord of food choices. (Check out the Director's Guide note in the song for more information.) Double the Candy Man Kids Chorus and Oompa-Loompa Chorus or cast a single class of kids to perform this section. (For example, Mrs. Ripley's third grade class.)

The Squirrels are non-speaking, non-singing roles and you can cast as many as necessary. This is a great part for beginning actors. 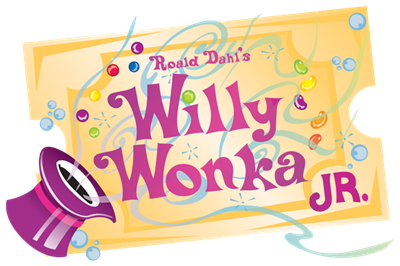