Celebrate Music! Get Free Shipping over $49 with promo code FREESHIPCSM

Item No. 101043
Alt. Part # CLP635B
0 reviews Write a review
The CLP-635 is where the CLP lineup starts to re-define what to expect from a digital piano. Experience the sound of the binaurally sampled Yamaha CFX through your headphones, or enjoy the realism of Virtual Resonance Modeling through the on-board stereo speaker system. And with over a century of
Read full description Print preview

The CLP-635 is where the CLP lineup starts to re-define what to expect from a digital piano. Experience the sound of the binaurally sampled Yamaha CFX through your headphones, or enjoy the realism of Virtual Resonance Modeling through the on-board stereo speaker system. And with over a century of acoustic piano manufacturing heritage, it only makes sense that the best digital pianos come from Yamaha.

In a grand piano, sound resonates throughout the body of the instrument, producing a rich reverberation that envelops the listener in sound. The Clavinova produces this through enhanced Virtual Resonance Modeling (VRM). The enhanced VRM now also calculates aliquot resonance in the upper octaves, and the full resonance of the soundboard, rim, and frame. This technology allows for vivid, bright, richly-varied expression that reflects the limitless number of factors inherent in piano performance.

Using knowledge gained from many years of piano manufacturing, Yamaha Clavinova has an incredibly realistic keyboard feel that recreates the sensation of playing an acoustic instrument. By using a similar hammer mechanism (with no springs) as is found in a grand piano, the GH3X keyboard action reproduces the touch of an acoustic instrument, from the heavier feel in the lower register to the lighter touch in the upper octaves. It also features a three-sensor configuration which accurately senses and interprets the behavior of the keyboard to create a response and feel very much like that of a grand piano.

The newly developed GH3X keyboard features an escapement mechanism that allows the player to re-strike a note without the key returning to the full upright position, just like the keyboard of a grand piano.

Synthetic Ivory keytops reproduce the tactile surface of the Ivory keyboards once used in acoustic pianos. It features highly absorbent material that prevents fingers from slipping even after hours of performing, while retaining the ideal texture and feel.

Yamaha’s advanced binaural sampling technology is now available on the Clavinova for the first time. This technology uses samples from the CFX, Yamaha’s acclaimed concert grand piano, recorded with specialized microphones that capture locational information and other nuances discerned by the human ear. The resulting sound is so natural, so enveloping, that you’ll soon forget you’re even wearing headphones at all.

The recording function featured in Clavinova digital pianos allows you to record your performances with a single touch, which is useful when you want to review or archive your playing. You can record up to 16-track, 250 songs for simultaneous playback allowing you to create your own songs using different sounds, or record each hand separately.

Specifications
Reviews (0)
There are no reviews yet.
Write a review
Media 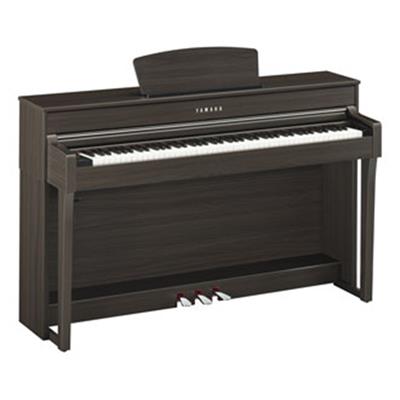 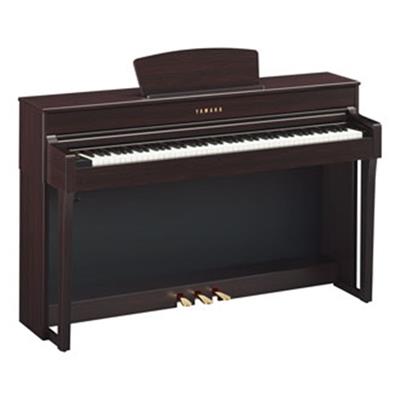 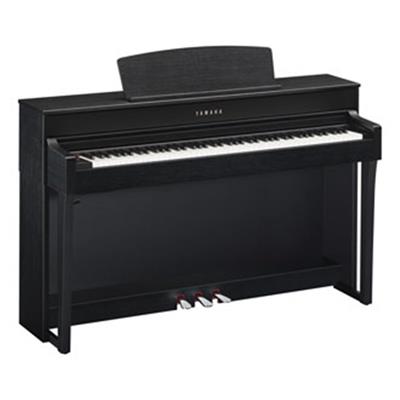 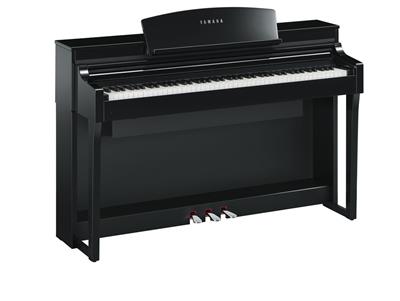