By Sherman, Richard Sherman, Robert Gilkyson, Terry
Item No. 863489
0 reviews Write a review
Bring the magic of Broadway to your classroom and school theater with these student adaptations of classic Broadway musicals. Each of these treasured tales is teacher-tested, kid-friendly, and custom tailored for success.   The ShowKit includes all the resources you need for a successful production
Read full description Print preview

Overview/Synopsis:
The story of Mowgli, the man-cub, who is raised by wolves. Shere Kahn, the tiger and King of the Jungle, decides that Mowgli is no longer welcome in the Jungle, so Bagheera, the Panther, plans to guide Mowgli to safety.
Follow the twists and turns of this jungle adventure as Mowgli is interrupted by Kaa, the Snake, almost stampeded by Colonel Hathi, the Elephant, gets advise from Baloo, the Bear, is kidnapped by monkeys, and, finally, rescued by Bagheera!

Cast of Characters:
Mowgli
Mowgli is a boy who gets along with everyone and who is very likeable. He has joyful and curious nature, and a twinkle in his eye. The child you cast should have a spark that can captivate the audience and should be a bit feisty.

Bagheera
Bagheera, the panther, is not gender-specific. You might consider casting a female to play this role to help balance the male-to-female ratio of the leading characters. Consider casting a child who might easily portray the physical attributes of a feline.

Baloo
Baloo, the bear, should be cast by someone who is exuberant with a great natural talent for singing and acting. Baloo provides much of the comedic relief in the story, so the actor must possess a natural sense of comedy.

King Louie
King Louie is King of the Monkeys. Cast an actor with strong comedic timing and good singing ability.
Shere Khan, the tiger, is King of the Jungle. Consider casting someone who could be physically threatening, either in size, attitude, or both.

Colonel Hathi
Colonel Hathi, the elephant, is in charge of the elephant brigade, but is also a little forgetful. He is good at giving commands but doesn't really understand what's going on around him.

Kaa
Kaa, the snake, supplies threat and danger to Mowgli's journey out of the jungle. Cast someone with flair and good vocal and movement skills to be the lead Kaa (the head of the snake). Cast five others as the body.

The Elephant Troupe
The Elephant Troupe can have as many or as few children as you like, but cast enough to make it look like a brigade - at least eight. They don't need to be strong singers, but should be good movers/dancers so they can physicalize the behavior of elephants and march in and out of formation.

Baby Elephant
Baby Elephant can be cast with the smallest or youngest child. There is a solo line in the song as well as marching.

Old Monkey
Old Monkey should be cast with a strong actor over a singer. He or she should not be afraid to assume the physical traits of a monkey.

Monkeys
Monkeys should be strong dancers. "I Wan'na Be Like You" offers the chance to do great musical choreography with the monkey troupe.

Shanti
Shanti is the girl who takes Mowgli to the man-village at the end of the story. She should exude sweetness and kindness and have a natural ability for acting and singing.

Jungle Chorus
Jungle Chorus is your ensemble of singers, actors and dancers. These roles offer great opportunities to use your students' varied skills.

Shanti's Family
Shanti's Family is not seen, but represented by offstage voices. For fun, you might want to have a couple favorite teachers or the principal say these lines from offstage or from the back of the performance space. 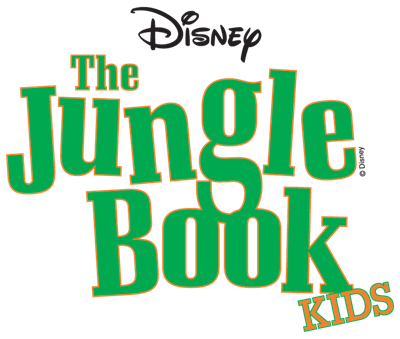