By Menken, Alan
Item No. 842455
0 reviews Write a review
Bring the magic of Broadway to your classroom and school theater with these student adaptations of classic Broadway musicals. Each of these treasured tales is teacher-tested, kid-friendly, and custom tailored for success.     The ShowKit includes the following resources you need for a successful
Read full description Print preview

The ShowKit includes the following resources you need for a successful production with easy suggestions for staging, costuming, and sets, making it a perfect opportunity for an all-school collaboration:

Overview/Synopsis:
In a magical kingdom fathoms below, the beautiful young mermaid Ariel longs to leave her ocean home to live in the world above. But first, she'll have to defy her father, King Triton, make a deal with the evil sea witch, Ursula, and convince Prince Eric that she's the girl with the enchanting voice. Adapted from Disney's 2008 Broadway production, Disney's The Little Mermaid JR. features the hit songs such as "Part of Your World," "She's in Love," and the Oscar®-winning "Under the Sea."

Cast of Characters:
ARIEL
Ariel, the heroine of our story, is a little mermaid who longs to be human. Cast a strong singer and dynamic performer in this role. Ariel has some beautiful solos but must be able to convey meaning through gesture once she loses her voice.

PRINCE ERIC
Prince Eric is the adventurous prince who captures Ariel's heart. Look for a charming performer with a sensitive nature. Prince Eric has a few small solos, but it is more important to cast a strong actor in this role.

SEBASTIAN
Sebastian is the meticulous and anxious crab who tries to keep Ariel safe while getting to lead some of the most memorable songs in the show! Sebastian can be played by a boy or girl.

FLOUNDER
Flounder is Ariel's sincere and sensitive best friend who is loyal to the end. This spunky fish also has a show-stopping solo in "She's in Love." Flounder can be cast with a girl or a boy with an unchanged voice.

KING TRITON
King Triton rules the sea and is a force to be reckoned with. This non-singer needs to command the stage as a strong leader but also show the tenderness of a parent. Cast a mature performer who feels comfortable playing father to Ariel and the Mersisters.

THE MERSISTERS
The Mersisters (Aquata, Andrina, Arista, Atina, Adella, Allana) are Ariel's siblings and full of personality and sass. These are great roles to showcase talented singers and dancers who can create and play six distinctive characters.

URSULA
Ursula is the manipulative sea witch who tries to overthrow King Triton. She is cunning and devious and will stop at nothing to get what she wants.

TENTACLES
The Tentacles are extensions of Ursula, perhaps the poor unfortunate souls who are now trapped in her lair.

FLOTSAM & JETSAM
Flotsam & Jetsam are Ursula's slippery spies. These electric eels are sinister and sneaky, so look for performers who can be underhanded and devious while still being heard on stage. Flotsam and Jetsam can be played by boys or girls.

SCUTTLE
Scuttle is the know-it-all seagull who serves as Ariel's expert on humans. He is funny and off-beat. Look for a performer with good comedic timing who is willing to have fun with Scuttle's eccentricities.

GRIMSBY
Grimsby is Prince Eric's prim and proper valet. He is rigid in personality and constantly trying to guide Prince Eric towards the throne.

CHEF LOUIS
Chef Louis is the over-the-top head chef in the palace. He is always wild and frenetic. This is an excellent featured role for a comedic performer.

THE CHEFS
The Chefs are Chef Louis's assistants.

CARLOTTA
Carlotta is the headmistress in Prince Eric's palace and Ariel's greatest human ally. This non-singing role needs to be warm and maternal to make Ariel feel welcome.

THE PILOT
The Pilot is the head sailor on Prince Eric's ship.

THE SAILORS
The Sailors are the crew of Prince Eric's ship.

THE SEAHORSE
The Seahorse is the court herald for King Triton.

SEA CHORUS
The Sea Chorus is responsible for creating each world within the show. The Sea Chorus can double as Merfolk, Sea Creatures and Lagoon Animals.

MERFOLK
The Merfolk of King Triton's Court and can double as Sea Creatures.

LAGOON ANIMALS
The Lagoon Animals try to convince Prince Eric to kiss Ariel. This ensemble can double as the Sea Creatures. 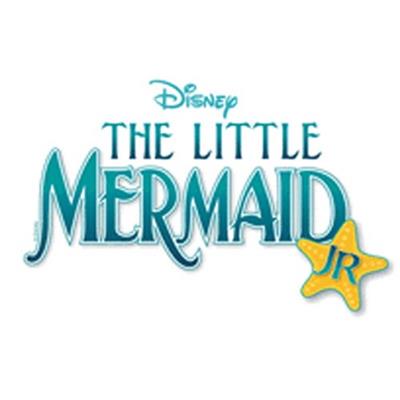