By Sherman, Robert Sherman, Richard
Item No. 868098
0 reviews Write a review
Bring the magic of Broadway to your classroom and school theater with these student adaptations of classic Broadway musicals. Each of these treasured tales is teacher-tested, kid-friendly, and custom tailored for success.    The ShowKit includes all the resources you need for a successful production
Read full description Print preview

Overview/Synopsis:
Take a fantastic musical adventure with an out-of-this-world car that flies through the air and sails the seas. Based on the record-breaking West End production and the beloved film, and featuring an unforgettable score by the Sherman Brothers (Mary Poppins), Chitty Chitty Bang Bang JR. is one blockbuster that audiences will find "Truly Scrumptious."

The eccentric inventor, Caractacus Potts, sets about restoring an old race car with the help of his children Jeremy and Jemima. They soon discover the car is magic and has the amazing ability to float and take flight. When the evil Baron Bomburst desires the magic car for himself, the family joins forces with Truly Scrumptious and Grandpa Potts to outwit the dastardly Baron and Baroness and their villainous henchman, the Child Catcher.

Cast of Characters:
Jeremy and Jemima Potts are energetic children who are always up for an adventure. They are friends and do everything together, and their greatest wish is to save Chitty Chitty Bang Bang from the junkyard. Cast two performers who work well together and are good actors and singers. It's helpful if these performers read as younger than Potts, Truly, and Grandpa onstage.

Chitty is the famous race car that beats the Vulgarians multiple times in the Grand Prix. Feel free to cast four to eight actors to create this magical car. While the car should have a distinct personality and a mind of its own, make sure the performers cast to operate the car work as an excellent team. They should be singers who are very comfortable onstage.

Caractacus Potts is Jeremy and Jemima's father. He is an eccentric inventor who cares deeply about his children. Cast an experienced performer with a great voice who is very comfortable onstage. The role was played by Dick Van Dyke in the film version, and he's a great example: a charming, charismatic leading man with great comic timing. (Referred to as POTTS in the script.)

Mr. Coggins owns Coggins Garage and ultimately sells Chitty to Potts and the children. Cast a good actor who can portray Mr. Coggins's humor and kindness. This role is non-singing.

The Junkman is mean and a bit scary. Cast a good actor who can lean into this character's threatening persona. This role is non-singing.

Grandpa loves Jeremy, Jemima, and Potts with all his heart. Though his experience in the military drives many of his interactions, underneath all his bluster, the most important thing to Grandpa is his family. Cast a great actor and a good singer who is unafraid to make bold choices onstage.

Miss Phillips is the no-nonsense assistant to Lord Scrumptious. This is a great feature for someone who can create a strong character but might not be quite ready for a larger role. Miss Phillips does not have a singing solo, so cast a good actor with good stage presence.

Lord Scrumptious is the all-powerful owner of the candy factory. Cast a strong, confident performer who is comfortable commanding the stage and pairs well with Truly. This role is non- singing.

The Baron and Baroness are larger- than-life villains. Cast excellent performers who can act, sing, dance, and who aren't afraid to chew the scenery a bit. The Baron and Baroness should pair together well and embody both the comically inept villain and the real threat to the Potts family.

Boris and Goran are the worst spies ever. These comical roles play off each another throughout the entire show and have some of the funniest dialogue, so cast two hilarious performers who can really land a joke. Boris and Goran do not sing but should be good movers since they have some physical comedy.

The Morris Dancers perform during "Me Ol' Bamboo." Cast good singers and great dancers who can carry the number.

The Fair Announcer kicks off the Fun Fair by introducing the Morris Dancers. This is a great role for a newer performer who might not be ready to take on a large role. Make sure this actor has a big voice!

Violet and Sid are great featured roles, and they are involved in a bit of stage magic during "Me Ol' Bamboo." Cast good actors and responsible performers who can perform the staging the same way for each performance.

The Turkey Farmer has a brief scene after "Me Ol' Bamboo." This is a good place for an actor who can make a big impression in a short amount of time. This role is non-singing.

Soldier 1 and Soldier 2 are the Baron and Baroness's lackeys. These are great non- singing, featured roles for newer performers.

The Toymaker has been secretly working to save children right under the Baron and Baroness's noses. The Toymaker is compassionate, clever, and never gives up trying to help people. Cast a great actor and a good singer to portray the Toymaker's kindness. The Toymaker should be a total contrast to the Child Catcher.

Toby, Marta, and Greta are Hidden Children who help Potts plan Jeremy and Jemima's rescue. They should be fine actors and good singers who shine onstage.

Chef 1 is an ensemble role featured in "Toot Sweets".

Chef 2 is an ensemble role featured in "Toot Sweets".

The Ensemble for Chitty Chitty Bang Bang JR. is made up of a myriad of vibrant characters including Chef 1, Chef 2, Chef 3, additional Chefs, Workers, Townspeople, Dogs, Soldiers, Star Chorus, Fairgoers, Seagulls, Vulgarians, and Hidden Children. All of these characters help fill out the world of the show, so the bolder your actors' choices the better. 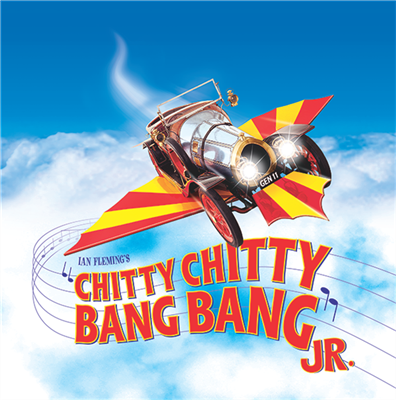