By Broadway Junior O'Keef, Laurence Benjamin, Nell
Item No. 846967
0 reviews Write a review
Bring the magic of Broadway to your classroom and school theater with these student adaptations of classic Broadway musicals. Each of these treasured tales is teacher-tested, kid-friendly, and custom tailored for success.    The ShowKit includes all the resources you need for a successful production
Read full description Print preview

Overview/synopsis:Everyone's favorite Harvard blonde, Elle Woods, takes the stage by storm in LEGALLY BLONDE JR. Adapted for younger performers and based on the popular movie, this show features an upbeat original score that's sure to leave cast members and audiences alike seeing pink!
When Elle's high school boyfriend Warner dumps her and heads to Harvard, claiming she's not "serious" enough, Elle takes matters into her own hands, crafting a showy song-and-dance personal essay and charming her way into law school. Befriending classmate Emmett and spunky hairdresser Paulette along the way, Elle finds that books and looks aren't mutually exclusive - in fact, law may be her natural calling after all as she quickly begins outsmarting her peers.
LEGALLY BLONDE JR. features a large, expandable cast, lead and supporting roles for male and female actors, as well as energetic production numbers. The show's sense of humor, as well as its themes of self-empowerment and open-mindedness, make LEGALLY BLONDE JR. ideal for young performers.

Cast of Characters:
AARON SCHULTZ, SUNDEEP AGRAWAL PADAMADAN and ENID HOOPES - Three law students with acedemic credits that would intimidate anyone.
BROOKE WYNDAM - An exercise video mogul who is also a former sorority girl. She is energetic and charismatic, yet currently on trial for murder.
CHUTNEY WYNDHAM - Brooke's unhappy stepdaughter with a really bad perm and an even worse attitude.
DEWEY - Paulette's brash ex-husband who lives in a trailer and holds her dog captive.
ELLE WOODS - The quintessential Valley Girl may appear like a typical blonde California sorority girl, but don't count her out. She is hardworking, optimistic and tenacious.
EMMETT FORREST - A smart and sensitive law student who takes Elle under his wing. He is charming, quirky, loveable, and friendly.
ENSEMBLE WAITERS, DELTA NUS, FRAT BOYS, GREEK CHORUS, STUDENTS and INMATES
KATE - A featured Delta Nu sister - the acedemic of the bunch.
KIKI THE COLORIST, CASHIER and STYLIST - Part of Paulette's entourage at the salon who are very adept at the "Bend and Snap."
KYLE - The delivery man who Paulette has her eyes on each time his job brings him to the salon.
MARGOT, SERENA, and PILAR - Elle's trio of best friends and Dleta Nu sisters.
PAULETTE - A brash, caring, optimistic hair stylist who is friends with Elle and longs to find a man for herself.
PROFESSOR CALLAHAN - The most-feared professor at Harvard Law School.
VIVIENNE KENSINGTON - A smart, savvy, and uptight law student and Warner's fiancee who initially dismisses Elle, but grows to be her friend.
WARNER HUNTINGTON III - A good-looking but shallow and pompous guy who breaks Elle's heart and heads off to Harvard Law. He is caught between his former life with Elle and his newfound serious East Coast life with Vivienne.
WHITNEY - Vivienne's law school friend and partner in mischief when it comes to bringing down Elle.
WINTHROP, LOWELL and PFORZHEIMER - Three admissions officers of Harvard Law School who eventually admit Elle into the program after some critical evaluation. 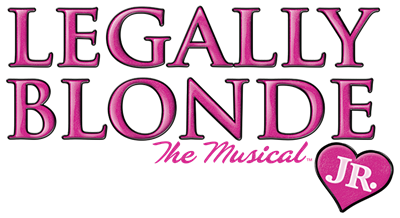