By Courts, Randy
Item No. 846966
0 reviews Write a review
Bring the magic of Broadway to your classroom and school theater with these student adaptations of classic Broadway musicals. Each of these treasured tales is teacher-tested, kid-friendly, and custom tailored for success.   The ShowKit includes all the resources you need for a successful production
Read full description Print preview

Overview/Synopsis:
What would you do if a tree house in your neighborhood could transport you anywhere you wanted to go? Two siblings, Jack and Annie, return to visit the Magic Tree House filled with a magnificent collection of books that can transport the reader to the wonderful faraway settings featured in their pages. As they read a book about knights and the Middle Ages, the siblings are whisked away to medieval times and learn more about the Black Knight and his quest. Through their adventure, the two discover the power of hope and the true meaning of gallantry. Based on the award-winning series of best-selling fantasy adventure books by Mary Pope Osborne, Magic Tree House: Knight at Dawn Kids will enchant children and adults with this 30-minute stage adaptation.

Cast of Charachters:
ANNIE: Jack's younger sister and, in many ways, his opposite in terms of personality. She is a risk-taker who often follows her heart instead of her head. She sometimes teases Jack about his careful attitude toward life and often encourages him to be more adventurous. She loves animals of any kind and has a very loving heart.Range: G3-Bb4

BLACK KNIGHT: A mysterious figure who sends Jack and Annie on their quest. In the Duke's kingdom, the Black Knight is something of a legend and a celebrity.Range: Bb3-Ab4

COMMONERS: The common members of the kingdom who try to talk their way into the castle feast so that they can catch a glimpse of the Black Knight.

DUKE: A pompous bully who enjoys being the center of attention and weilding his power.

HARRY: The Duke's brother and although he has been in the dungeon for forty-seven years, he has retained his quiet dignity and nobility.Range: F3-G4

JACK: He is bookish, careful and thoughtful, but he is NOT a nerd! Jack has tremendous curiosity about the world around him and loves to take notes about his observations. Jack tends to be very cautious in new situations, and his adventures in the tree house help him develop his confidence. He has a good (and protective) relationship with his younger sister, Annie, though her more impetuous nature often gets on his nerves.Range: Bb3-Bb4

KEENAN: The head honcho for all things concerning the Duke's dungeon.Range: A3-D5

KEEPERS OF THE DUNGEON: The servants of Keenan and Elf who enjoy every moment of their lives in the dungeon.Range: A3-D5

MUSTACHE: One of the main Castle Sentries/Guards. Mustache is a tough guy type and most of what he says and does is done in an effort to impress his boss, Red.Range: G3-C5

RED: One of the main Castle Sentries/Guards. Red is the ringleader, a bit of a braggart, and the most ambitious of the three guards.Range: G3-G4

RIKKI, BAXTER, YATES and other CASTLE KIDS: The children of the castle servants. They are spunky and adventurous and highly competetive with one another.

SQUINTY  One of the main Castle Sentries/Guards. Squinty is more childlike than the others, and his guilelessness helps provide much of the comic relief in their scenes.Range: G3-C5

SUITS OF ARMOR: The Suits are housed in the armory and brought to life by the song "To Be A Knight."Range: Bb3-Bb4

THE JESTER: A professional entertainer/performer whose job it is to amuse the Duke and his guests, and he or she is the only person allowed to criticize or make fun of the Duke.Range: A3-C5

VAGRANTS: The prisoners of the dungeon being held for the "crime" of being orphaned.Range: F3-A4 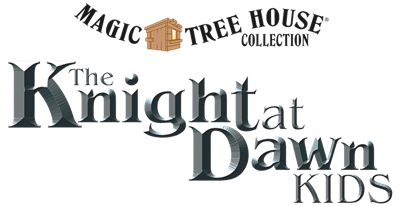