By Minchin, Tim Kelly, Dennis
Item No. 872050
0 reviews Write a review
Bring the magic of Broadway to your classroom and school theater with these student adaptations of classic Broadway musicals. Each of these treasured tales is teacher-tested, kid-friendly, and custom tailored for success.   The ShowKit includes all the resources you need for a successful
Read full description Print preview

The ShowKit includes all the resources you need for a successful production with easy suggestions for staging, costuming, and sets, making it a perfect opportunity for an all-school collaboration:

Matilda has astonishing wit, intelligence... and special powers! She's unloved by her cruel parents but impresses her schoolteacher, the highly loveable Miss Honey. Matilda's school life isn't completely smooth sailing, however - the school's mean headmistress, Miss Trunchbull, hates children and just loves thinking up new punishments for those who don't abide by her rules. But Matilda has courage and cleverness in equal amounts, and could be the school pupils' saving grace!

Packed with high-energy dance numbers and catchy songs, Matilda JR. is a joyous girl power romp. Children and adults alike will be thrilled and delighted by the story of the special little girl with an extraordinary imagination.

MATILDA WORMWOOD - The hero of the show. She's brilliant, resilient, creative, and kind, despite growing up in difficult circumstances. Her parents treat her poorly, but Matilda escapes into a world of books, which puts her reading level far above the other children in her class, and she develops a bit of magical power in an effort to defeat Trunchbull.

ERIC- A student at school with Matilda.

AMANDA -A student at school with Matilda.

BRUCE - One of Matilda's schoolmates. He has the bad luck to get caught after eating Trunchbull's cake.

HORTENSIA, ALICE, AND TOMMY - Students at school with Matilda.

LAVENDER - One of the kids at school with Matilda. She is kind and bright (though not as brilliant as Matilda) and quickly decides that Matilda is her best friend.

NIGEL - One of the kids at school with Matilda. He is enthusiastic, sweet, and always in a bit of a panic.

MR. WORMWOOD - Matilda's father. He is egotistical, rude, and not very bright, not to mention a liar. Though Mr. Wormwood is not a good person and he is mean to Matilda, his harebrained schemes can be hilariously funny.

MRS. WORMWOOD - Matilda's mother. Like her husband, she dislikes Matilda and does not understand why her daughter loves to read. Mrs. Wormwood is selfish, obsessed with her own appearance, and believes everything she sees on TV. Her dancing lessons with Rudolpho are the most important part of her day.

MICHAEL - Matilda's brother. He is not very bright, though he is the apple of his father's eye.

ESCAPOLOGIST - A character of Matilda's creation. Everything this character does is grand and exaggerated - he's performing for the cheap seats!

ACROBAT - A product of Matilda's imagination.

MISS HONEY - A teacher at Matilda's school. She is kind, is generous, and really cares about the children despite her own desperate circumstances.

AGATHA TRUNCHBULL - The quintessential terrifying tyrant. As headmistress, she runs her school like a dictator, making up arbitrary rules to suit her every whim and dreaming up creative punishments.

SERGEI - A customer swindled by Mr. Wormwood. Though he shows up looking for payback, Matilda has had quite enough of revenge, and Sergei lets the Wormwoods escape. 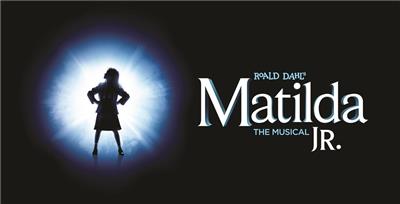