By Tesori, Jeanine
Item No. 847906
0 reviews Write a review
Shrek the Musical Jr. by Jeanine Tesori and by David Lindsay-Abaire ShowKit 60-70 minutes Bring the magic of Broadway to your classroom and school theater with these student adaptations of classic Broadway musicals. Each of these treasured tales is teacher-tested, kid-friendly, and custom
Read full description Print preview

by Jeanine Tesori and by David Lindsay-Abaire

The ShowKit includes all the resources you need for a successful production with easy suggestions for staging, costuming, and sets, making it a perfect opportunity for an all-school collaboration.

The vocal parts have been carefully adapted to be sung by unchanged or changed voices and the script and score have been custom-tailored to make the show appropriate for young performers through the ninth grade.

Upon placing your order, you will receive a Dramatic Performing Rights License from Hal Leonard Corporation which will allow your organization unlimited performing rights for one year.

It's a "big bright beautiful world" for everyone's favorite ogre in Shrek The Musical JR., based on the Oscar-winning DreamWorks Animation film. Adapted for young performers and featuring a host of over-the-top roles for an expandable cast, there's a part for everyone in this dazzling adventure story.In a faraway kingdom, the green ogre Shrek finds his swamp invaded by banished fairytale misfits, runaways who've been cast off by Lord Farquaad, a tiny terror with big ambitions. When Shrek sets off with a wise-cracking donkey to confront Farquaad, he's handed a task - if he rescues feisty Princess Fiona from the Dragon-guarded tower, his swamp will be returned to him. But, a fairy tale wouldn't be complete without unexpected twists and turns along the way.

Part romance and part twisted fairy tale, Shrek JR. is an irreverently fun show for the whole family. With abundant opportunities for imaginative sets and costumes and familiar characters that prove that beauty is in the eye of the ogre, Shrek JR. is a great choice for young performers.

BIG BAD WOLF: He doesn't need to be a scary, threatening big-bad-wolf type. At this point, he's a pretty wolf who is reduced to wearing Little Red Ridinghood's grandmother's dressing gown. This is a fun role for a newcomer to the stage.Range: A4-Bb4

CAPTAIN OF THE GUARD: The perfect role for an actor with some inherent strength and authority. He or she doesn't have to have a lot of stage experience; just be sure to cast somebody who has a big, booming voice and who isn't scared to put all the Fairy Tale Creatures in their place.

DONKEY: A brash, loud, fast-talking animal with no concept of "quiet time." Cast an experienced performer who can sing well and has a whole lot of presence and character. Be sure to choose a performer who complements Shrek well as his loyal and ever-faithful sidekick.Range: D3-E4

DRAGON: A dragon that has been charged with guarding Princess Fiona in her isolated castle. She eventually falls in love with Donkey and attempts to keep him there forever. Imposing and flirtatious, but tired of her job as the glorified baby-sitter.

DWARF: Farquaad's comparably short and grumpy father. This is a perfect cameo role for a young performer.

FIONA: She may appear to be an ideal princess straight from the fairy tale books, but there is more to her than that stereotypical image. She is an audacious young lady with a wonderful sense of humor and - surprisingly - manners akin to those of a teenage boy. Cast a girl who can do it all: act, sing and dance. This is a premiere role for an experienced performer with a loveable spirit.Range: Gb3-F#5

GINGY: A gingerbread man initially kidnapped by Lord Farquaad. His wit and resolution help him both avoid trouble and inspire the rest of the fairytale creatures. Puppet. Can be operated by actress appearing as Sugar Plum Fairy.

KNIGHTS: The Dragon's background singers who all tried at some point to save Fiona from her tower but were held hostage by the Dragon. Cast young performers who can sing well and have some soul just like the Dragon.Range: G3-D5

LITTLE OGRE: A role just right for a smaller, younger performer who is new to the stage. He may not have lines but he is very important to the storytelling.

LORD FARQUAAD: A very short man with gargantuan ambition! He is solely interested in gaining as much power as possible. This is a role for a good singer, but most importantly, your very best comedian who isn't afraid of making bold choices or looking silly.Range: A2-Eb4

MAMA OGRE and PAPA OGRE: Good roles for a dynamic duo that can kick off the show with a lot of energy and presence. Make sure to cast good singers.Range: A3-C5, C3-E4

PETER PAN: The boy who never grew up, and he continues to act the part in this story. Cast a boy (or girl, if you want to give a nod to the traditional theater casting) who will have fun physicalizing the character.Range: E4-A4

PINOCCHIO: The wooden boy who cannot tell a lie without being belied by his growing nose. Pinocchio begins in a sour mood about his second-class status but ends the story as a natural leader among the Fairy Tale Creatures. Cast a young performer with a lot of personality who can sing well.Range: F3-F4

SHREK: He may be a big, scary, green ogre to the rest of the world, but as they story reveals, he's really just a big fellow with a big heart. It is great if Shrek is a solid singer, but most importantly, snag a young man who is an excellent actor with comedic chops.Range: A2-G4

STORYTELLERS: Wonderful roles for performers with natural stage presence and big, clear voices. These characters are important for setting up the world and moving the story forward, so cast some blod, energetic young actors.

UGLY DUCKLING: He may be bitter about his unfortunate appearance, but he does find camaraderie among his fellow fairy tale outcasts. This is a fun comedic role for a new performer.Range: E4-C#5

WICKED WITCH: A great role for a young performer destined to be a character actress. She has a big personality, so find a performer who is up to the task.Range: C#4-Bb4 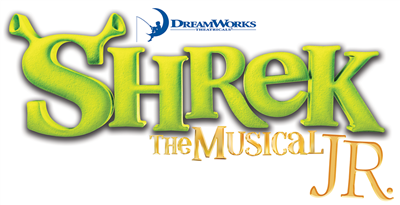