By Brown, Jeff
Item No. 839864
0 reviews Write a review
The Musical Adventures of Flat Stanley Jr. ShowKit By Timothy Allen McDonald, David Weinstein, Jonathan K. Waller and Stephen GabrielShowKit 60-70 minutes Bring the magic of Broadway to your classroom and school theater with these student adaptations of classic Broadway musicals. Each of these
Read full description Print preview

This item has international shipping restrictions. Would you like to continue adding this item to your basket?
Description
The Musical Adventures of Flat Stanley Jr. ShowKit By Timothy Allen McDonald, David Weinstein, Jonathan K. Waller and Stephen GabrielShowKit 60-70 minutes
Bring the magic of Broadway to your classroom and school theater with these student adaptations of classic Broadway musicals. Each of these treasured tales is teacher-tested, kid-friendly, and custom tailored for success.
The ShowKit includes all the resources you need for a successful production with easy suggestions for staging, costuming, and sets, making it a perfect opportunity for an all-school collaboration.

The vocal parts have been carefully adapted to be sung by unchanged or changed voices and the script and score have been custom-tailored to make the show appropriate for young performers through the ninth grade.
Upon placing your order, you will receive a Dramatic Performing Rights License from Hal Leonard Corporation which will allow your organization unlimited performing rights for one year.
Who is eligible to purchase this showkit?

All other organizations must order directly from Music Theater International (MTI).
Overview/Synopsis:
Flat Stanley, the beloved children's book written by Jeff Brown in 1964 has become a literary and pop cultural phenomenon - delighting readers and travelers all around the world.
Stanley Lambchop is your ordinary, every day, run-of-the-mill ten-year-old: normal mom and dad, normal little brother, normal life. That's just the problem . . . for Stanley, life is too normal. He wants to travel the world, do something amazing, something no one's ever seen before. Careful what you wish for, Stanley!
One night, the bulletin board on the wall above Stanley's bed comes loose and falls - right on top of Stanley! The next morning, Stanley Lampchop wakes up flat. Not just a little flat . . . really, REALLY flat! In a whirlwind musical travelogue, Stanley - the ultimate exchange student - scours the globe for a solution to his unusual problem. He's stamped, posted and cancelled from Washington D.C. to France to Honolulu and beyond. And whether he's rapping with the Declaration of Independence, thwarting a robbery at the Louvre Museum in Paris, or 'hanging ten' off the coast of Hawaii, Stanley is closing in on his goal of being a three-dimensional boy once more.
Cast of Characters:
Stanley - a boy
Arthur - Stanley's little brother
Mr. Lambchop - Stanley's dad
Mrs. Lambchop - Stanley's mom
Caleb - slumber party guest
Jacob - slumber party guest
Cousin Sophie - slumber party guest
Bulletin Board - a bulletin board
Mrs. Catero - a postwoman
Doctor Dan - a hard of hearing, overworked doctor
Nurse Betty - long-suffering assistant to Doctor Dan
Cool Kids - the kids who fly Stanley like a kite
King of the Cool Kids - the ringleader of the cool kids
Birds - Stanley's singing bird friends in a tree
Crowd - a large group of people who see Stanley off
Hollywood Agent - a slick, old style agent
Hollywood Assistants - assistants to the agent
Passerby/Wannabes - various folks who live in Los Angeles
Samantha - Stanley's friend who moved to Los Angeles
O. Jay D'Art - a curator for the Louvre
Mona Lisa - Leonardo da Vinci's painting
Napolean - Jacques Louis David's painting
Sneak Thief - a world-class art burglar
Herb Wavecrest - an entertainment reporter
Kiki - an entertainment reporter
Assistant Director - assistant director on Stanley's movie
Songs Include:

Meet the Lambchops
Bedtime Story
Lambchop Lullaby
I Wish I Were
Magic Music
Stanley's Wish
Flatcakes for Breakfast
My Child is Flat
Doctor Dan
Stanley's Exam
The Funny Side
In a Tree
Travelin' Through the Mail
Talent
Arthur's Letter
Can-Can Capture
Mom and Dad's Letter
Kiki and Herb
Sufin' the Mail
Stanley's Not Flat Anymore!
Specifications
Reviews (0)
There are no reviews yet.
Write a review
Store Pickup
Stock availability is updated daily and is subject to change during the day. Please contact the store to confirm availability and have us set aside inventory for you. 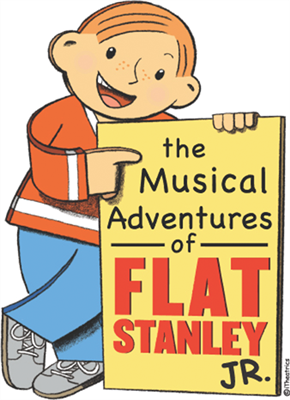