By Schwartz, Stephen
Item No. 868832
0 reviews Write a review
Bring the magic of Broadway to your classroom and school theater with these student adaptations of classic Broadway musicals. Each of these treasured tales is teacher-tested, kid-friendly, and custom tailored for success.    The ShowKit includes all the resources you need for a successful production
Read full description Print preview

Overview/Synopsis:
From musical theatre greats Stephen Schwartz and John Caird comes a joyous and inspirational musical about parents, children, and faith, not to mention centuries of unresolved family business! An expansive musical, Children of Eden JR. has plenty of roles and life lessons for everyone.
Adam, Eve, Noah and the "Father" who created them deal with the headstrong, life-changing actions of their respective children. As generations pass, faith and loyalty are tested, but the bonds of family and love remain strong.
This moving, foot-tapping musical is perfect for a large cast. Children of Eden JR. is a wonderful show for faith-based groups looking for a large-scale pageant with incredible music.

Songs:
Let There Be
Father's Greeting
The Naming
Grateful Children
Perfect
The Spark of Creation
In Pursuit of Excellence
The End of a Perfect Day
Childhood's End
A World Without You
The Expulsion
Wasteland/Wilderness Family
Close to Home
Lost in the Wilderness
Class of the Generations
Death of Abel
The Mark of Cain
Children of Eden
Generations
A Piece of Eight
Noah's Lullaby
Stranger to the Rain
In Whatever Time We Have
The Flood/What Is He Waiting For?
Sailor of the Skies
The Hardest Part of Love
The Hour of Darkness
Ain't It Good?
In the Beginning

Cast of Characters:
Father is the all-knowing, all-powerful creator of the universe. Father has a larger-than-life persona and embodies an authoritative presence, balanced with a fair amount of humor and a sense of fun. Father truly loves his children but expects obedience, and is not afraid to punish them if they don't follow his wishes. Cast an excellent, advanced actor and a great singer in this role who can truly command the stage. Ideally, this actor will read as older onstage.

Adam/Noah should be a versatile performer. Adam embodies the excitement, wonder and childlike innocence of mankind before the fall, and also the strength and persistence needed after they are expelled from the Garden. He should pair well and have a great relationship with Eve, since he will eventually choose her over Father. Noah is also the leader of his family but is a bit less serious, although he also must make a big decision that affects the lives of everyone he loves. Cast a performer who is a natural leader and has a charismatic stage presence. This performer should be a great actor and a wonderful singer, and be comfortable taking command of the stage.

Eve/Mama must win over the audience's hearts. Eve is bright, precocious, loving and has an adventurous streak. Ultimately, her curiosity is what leads to her banishment, though she never stops loving Father. Her life gets harder after leaving the Garden, but Eve's spark never fully goes out. Mama is more subtle than Eve, but has a deep strength that is evident in her love for her family. She is honest, smart and not afraid to offer Noah her advice and opinions. This role calls for an exceptional actress and outstanding singer who can make strong character choices. Eve/Mama should also pair well with Adam/Noah.

The Snake (Snake 1, Snake 2, Snake 3, Snake 4 and Snake 5) lures Eve to the tree and ultimately convinces her to take a bite of the apple. This is a great place to put excellent movers or dancers who can make the Snake feel cohesive.

Young Cain is reminiscent of Eve in the Garden. He is curious, confident and wants to know the answers to all his questions. Cast a good actor and singer who can work with Cain to create continuity between the character as a child and an adult.

Young Abel is gentle, sweet and content with their life as a family, even without the Garden. He loves his parents and his brother, and does not have the same need for answers as Young Cain. Cast a good actor and singer who can work with Abel to create continuity between the character at both ages.

Cain/Japheth must be comfortable making strong choices onstage. Cain is passionate, curious, longs for adventure and places the blame squarely at his parents' feet for giving away his portion of the Garden. He is angry at Adam, Eve, Father and the unfairness of his circumstances. He doesn't return from beyond the waterfall with the intention to kill Abel - but, he allows rage to overtake him, and must endure the consequences. Japheth is more polished than Cain, though has a similar rebellious streak that almost results in the same tragedy. His love for Yonah is his driving force, and he is willing to risk everything in order for them to be together. Cast a fantastic singer and a wonderful actor as Cain/Japheth. Remember, these roles require some stage combat, so make sure to cast a mature performer who can be trusted to execute fight choreography safely.

Abel/Ham should be able to create two completely different characters. Abel is gentle, thoughtful and obedient. He would never cause trouble on his own, but he is caught between his love for his brother, Cain, and his love for his parents. Though Abel respects his parents and Father, Cain can usually find a way to convince Abel to follow him. Abel reflects Adam's choice to leave the Garden, and his death is a turning point in the show. Ham is one of Noah's sons, and Aphra's husband. He wants to please Father, and is more mild-mannered than his brother Shem. Cast a performer in these roles who is a good singer and solid actor. Keep in mind that these roles must also learn fight choreography, so make sure you cast a responsible actor who will complete the choreography safely every time.

Seth/Shem should focus mostly on Shem. Seth appears onstage at an important time in the story, but does not speak or sing. Shem is the oldest of the brothers and rather hot-headed. Married to Aysha, he is the first to blame Yonah for the family's problems aboard the ark. Shem does not have a solo, so he does not need to be a strong singer. Cast an expressive actor with a great stage presence who can make strong character choices.

Yonah is a descendant of Cain who works as a servant for Noah's family. While Yonah finds herself in unfortunate circumstances, she handles adversity with grace and strength. She is kind and selfless, and ultimately wins Father and Noah over with her goodness when Noah finally gives she and Japheth permission to wed. Cast an expressive actress with a wonderful singing voice who pairs well with Cain/Japheth.

Aysha is a bit unhappy with their situation aboard the ark. Married to Shem, she also blames Yonah for their troubles, and isn't afraid to let everyone know exactly what she thinks. Aysha does not need to be a strong singer - instead, look for an animated performer with a good stage presence for this role.

Aphra is a bit of worrywart. Married to Ham, she worries about the flood, and how it will affect their growing family. Like Aysha, Aphra doesn't need to be a strong singer, but she should be a good actor able to embody Aphra's sensitive nature.

Ensemble consists of the Storytellers, Soloist, Soloist (1, 2, 3), Female Soloist, Seth's Wife, and optional Animals. Feel free to cast as many performers as Storytellers who want to participate in the show. For Soloist, Soloist (1, 2, 3), and Female Soloist, check the vocal range to make sure you cast a performer who can handle the music. Seth's Wife does not speak and does not need to be a strong singer, so this is a great cameo for a newer performer. 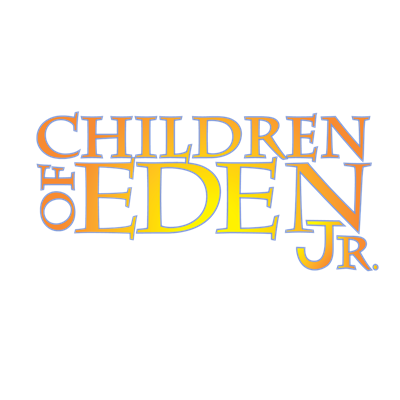