By Martin, Bob Meehan, Thomas
Item No. 862361
0 reviews Write a review
Bring the magic of Broadway to your classroom and school theater with these student adaptations of classic Broadway musicals. Each of these treasured tales is teacher-tested, kid-friendly, and custom tailored for success.    The ShowKit includes all the resources you need for a successful production
Read full description Print preview

Overview/Synopsis:
Buddy, a young orphan mistakenly crawls into Santa's bag of gifts and is transported to the North Pole. The would-be elf is raised unaware that he is actually a human, until his enormous size and poor toy-making abilities cause him to face the truth. With Santa's permission, Buddy embarks on a journey to New York City to find his birth father and discover his true identity. Faced with the harsh reality that his father is on the naughty list, and his stepbrother doesn't even believe in Santa, Buddy is determined to win over his new family and help New York remember the true meaning of Christmas.
The cast of characters is comprised of roles that encompass every level of ability for both actors and singers.

Cast of Characters:
Santa Claus
Santa Claus has a lot on his plate during the Christmas season, and it is starting to show. He is annoyed with the Elves, tired of lying to Buddy and sad that people seem to be losing their Christmas spirit. He is still the same jolly old St. Nick underneath it all, but the job is getting to him. This is a great role for a character performer who can play an older (and somewhat cranky) man while trying hard to keep his holiday spirit.

Buddy
Buddy is the perfect elf! He's good-natured, he means well, and he's happy... all the time. There's only one problem. He's not an elf - he's an adult human. This role is perfect for a young man who is an excellent actor and good singer who has the energetic earnestness and comedic timing that Buddy needs. It's helpful to cast an actor who is taller than the other Elves. This will help differentiate Buddy and adds to the humor of the show.

Elves
The Elves are Santa's special helpers who love their job making toys to meet their Christmas Eve deadline. These roles are great for younger performers, or for those who can embody a youthful spirit, enjoy singing and work well together as a group.

Charlie
Charlie is in charge of monitoring the other Elves, making sure every present is wrapped and every bow is tied. Cast a young performer with a good speaking voice, someone who is comfortable taking command of the stage and has authority over the rest of the Elves, but always remains friendly.

Shawanda
Shawanda is a dependable and caring elf. She will do whatever she can to help out others, including Buddy, even though she accidentally reveals that he is a human. Cast a good actress with a clear speaking voice for this very important moment in the story.

Sam
Sam is one of Walter's Office Staff who is in a bind at the top of the show. A young performer with a good speaking voice and strong character choices will do the trick.

Walter Hobbs
Walter Hobbs, Buddy's real father, is so focused on keeping his job that he is not making time for his family. He can be stern and unemotional at times, but ultimately he learns to recommit to his family. Cast a great actor with a strong, authoritative presence, but be sure they can also show his softer side.

Deb
Deb, Walter's secretary, has the big responsibility of keeping her boss and the whole office happy. She does this by sharing her positive attitude with everyone. This is a plum role for a young woman with a pleasant demeanor, yet efficient work ethic, who is a solid actor with a good speaking voice.

Emily Hobbs
Emily Hobbs is Walter's devoted wife who would prefer her husband to spend a little more time at home. She is a problem solver and an excellent mother who is doing everything she can to provide a positive family dynamic. Cast an excellent actress and singer who effortlessly conveys a sense of maturity and warmth.

Michael Hobbs
Michael Hobbs is the smarter-than-average 12-year-old son of Walter and Emily. He quickly befriends his new adult brother, Buddy, and does everything he can to make sure Buddy becomes a permanent part of the family. Look for a solid young actor and singer with an unchanged voice.

Saleswoman
The saleswoman is the first person to greet Buddy as he enters Macy's. She's the consummate sales person: smiling, overfriendly, and always trying to sell something. This is a great ensemble role for a young woman with little stage experience.

Manager
The Manager is a terrific featured acting role for a performer with good comedic timing. As the manager of Macy's, he's doing everything he can to make sure all the employees stay in line.

Jovie
Jovie works as a store elf at Macy's, but don't be mistaken - she doesn't quite exude the Christmas spirit. She's kind of cynical, a bit tough around the edges, and now the target of Buddy's complete adoration. This is a fantastic role for a young woman with a strong singing voice and acting chops.

Santa's Helper
Santa's Helper works as a Macy's Employee and announces when each kid gets to visit with Santa. This is a good ensemble role for a performer with a loud voice.

Fake Santa
Fake Santa is a poor replacement for the real Santa. He's an employee of Macy's who is a bit rough around the edges. Fake Santa should be played by a performer who is unafraid of being a little over-the-top and has good physical control of his body.

Sarah
Sarah is a staff member at Walter's office. This is a nice role for a less experienced actor with a good singing voice.

Mr. Greenway
Mr. Greenway is one of the crankiest businessmen around. He is the big boss, so look for an older student with a commanding presence to tackle this acting role.

Chadwick and Matthews
Chadwick and Matthews are staff members at Walter's office who are doing everything they can think of to save the day and make their boss happy. Cast a pair of good character actors who work well with each other and are able to drive the action of scenes.

Charlotte Dennon
Charlotte Dennon is a TV reporter with a big personality. She does her best to keep her professional persona in public and doesn't like being shown up. This is a great role for a young woman with professional charisma and someone who can make strong acting choices.

Ensemble
New Yorkers, Comforting New Yorker, Macy's Employees, Macy's Employee 1, Member of the Rockefeller Crowd, Office Staff, Business Woman, Flyer guys, Teenager, Jogger, Carolers, Passerby, Children and Parents are all important roles for creating the distinct worlds of the North Pole and New York City. These roles can all be double cast from your ensemble, and it's important to remind your young performers that the stronger and more specific their character choices, the richer and more vivid the story becomes. 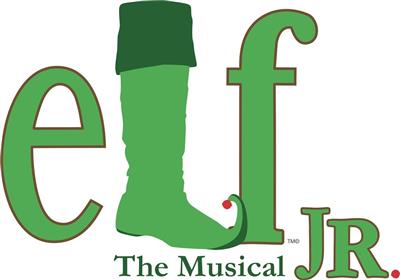