By Willson, Meredith
Item No. 862534
0 reviews Write a review
Bring the magic of Broadway to your classroom and school theater with these student adaptations of classic Broadway musicals. Each of these treasured tales is teacher-tested, kid-friendly, and custom tailored for success.   The ShowKit includes all the resources you need for a successful production
Read full description Print preview

Overview:
Based on Meredith Willson's six-time-Tony-Award-winning musical comedy, The Music Man KIDS features some of musical theatre's most iconic songs and a story filled with wit, warmth and good old-fashioned romance. The Music Man KIDS is family entertainment at its best – a bold, brassy show that will have the whole town atwitter!

Master showman Harold Hill is in town, and he's got "seventy-six trombones" in tow. Can upright, uptight Marian, the town librarian, resist his powerful allure? The story follows fast-talking traveling salesman, Harold Hill, as he cons the people of River City, Iowa, into buying instruments and uniforms for a boys' band he vows to organize. The catch? He doesn't know a trombone from a treble clef. His plans to skip town with the cash are foiled when he falls for Marian, whose belief in Harold's power just might help him succeed in the end in spite of himself.

The Music Man KIDS is the perfect vehicle for your young cast, a toe-tapping crowd-pleaser, featuring a soaring soprano ingénue part and a leading role for a charismatic actor, as well as plenty of fun roles for kids of every level.

Cast of Characters:
Harold Hill is a great role for a young person to play. The role requires an average singer, but a great actor with charisma and charm.

Marian Paroo starts the show as an uptight librarian and transforms into a beautiful young woman. Your Marian must have an amazing voice, and an air of confidence that draws Harold to her.

Charlie Cowell is an acting-only role requiring a bit of a ham with a good sense of comic timing.

Mayor Shinn does not have to sing or dance. The actor needs a good sense of comic timing BUT must perform the role very seriously.

Eulalie Shinn, played by a comic actress who can take the character seriously, will be hysterical to the audience.

Marcellus Washburn is featured in the big number "Shipoopi." He must act well, sing well (a character voice is best), and be able to dance.

Ethel is Marcellus's girlfriend, described as "a nice comfortable girl."

Mrs. Paroo is the conscience of River City and requires an actress who can perform with a good Irish brogue.

Winthrop requires a young actor with an unchanged voice able to affect a believable lisp.

Featured Ensemble:
Amaryllis is a role that demands a good actor, roughly the same size as Winthrop.

The School Board must be able to hold their parts in the brief a cappella portion of "Sincere."

Tommy Djilas, the 'heartthrob' of the show, needs to be able to act and dance with his love interest, Zaneeta.

Zaneeta Shinn should be played by the best female dancer in the show. Featured in "76 Trombones" and "Shipoopi," she must have chemistry with Tommy.

Gracie Shinn is traditionally the first soloist in "Wells Fargo Wagon." She is Zaneeta's younger sister.

Pick-a-Little Ladies must be strong singers with a good sense of comedy.

Constable Locke is a quietly wise man who sees through Harold but doesn't seem to mind.

The Conductor is loud and energetic, starts the show. 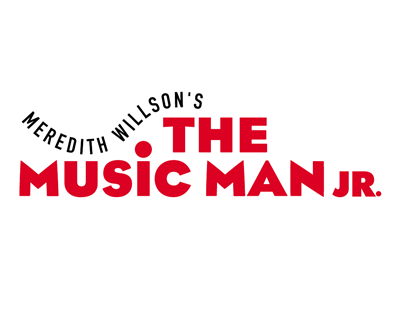